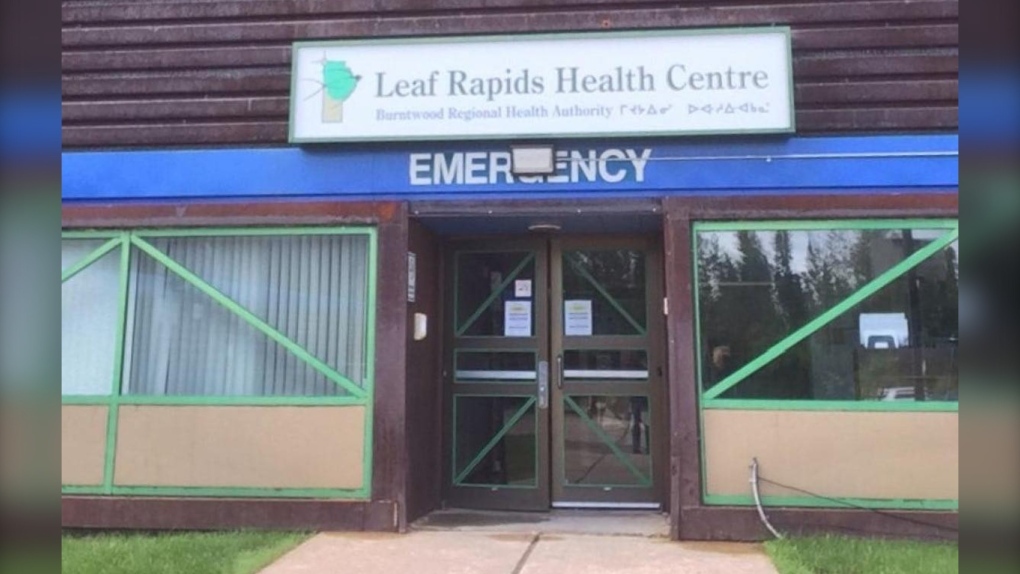 The Manitoba NDP is calling on the province to increase staffing in northern Manitoba health-care facilities.

The demand stems from the indefinite closure of Leaf Rapids Health Centre, which temporarily shut down on Dec. 27. Leaf Rapids was set to reopen on Jan. 10, but, according to the Northern Health Region, remains closed as a “result of ongoing, persistent staffing issues.”

“There is no worse time than during the wave of the pandemic for this government to be closing health-care facilities in northern Manitoba,” NDP leader Wab Kinew said on a media call Thursday morning.

Kinew was joined on the call by MLAs representing northern regions of the province.

“If an ambulance has to take someone from Leaf [Rapids] to Thompson, it’s gone for anywhere up to eight hours with nothing to take its place,” Tom Lindsey, MLA for Flin Flon, said.

Lindsey said an air ambulance was available to Gillam, Man. when that facility shut down temporarily at the end of last year, but said there isn’t a similar contingency plan in place for Leaf Rapids.

“It’s just pure luck someone hasn’t gotten seriously hurt so far,” Lindsey said. “But we can’t depend on pure luck. We need this government to step up, get the resources we need into Leaf Rapids now.”

The NDP is calling on the province to reopen Leaf Rapids immediately, as well as provide long-term solutions in northern Manitoba – namely, recruiting and retaining health-care workers.

“We need that investment now,” Amanda Lathlin, MLA for The Pas, said. “Not a few years away, but now, especially during a global pandemic.”

The Leaf Rapids closure has forced residents needing clinical care and support to travel to Thompson or Lynn Lake.

Kinew said northern Manitobans have needed better access to health-care services for years, but the issue is amplified by the surge of the omicron variant.

“What has been a longstanding source of frustration, during the past few weeks and months has become an absolute crisis,” Kinew said.

The NDP is not alone in its concerns over Leaf Rapids closure.

“The availability of health services in the community is a longstanding issue that existed long before the pandemic,” MKO Grand Chief Garrison Settee wrote in a statement Wednesday.

Settee said the organization has met with Northern Health to discuss reopening the facility, and expects an announcement regarding the reopening to be made public soon.

“The citizens of Leaf Rapids have the right to access health-care services,” Settee wrote.

Settee said he requested a meeting with Health Minister Audrey Gordon last week regarding Leaf Rapids, but hadn't received a response as of Wednesday.

In an email, a Manitoba Health spokesperson told CTV News that the letter sent by MKO was received and acknowledged.

"Our government is committed to collaborating with all skateholders in the Northern Regional Health Authority to address issues that the region faces," the spokesperson wrote.

And the Northern Health Region told CTV News they are hoping to be able to provide more information in the coming days on the centre's reopening, and provided information on public health activities still available in Leaf Rapids.

"Even though the health centre is closed, Public Health continues with all scheduled prenatal, postnatal, and immunization in-home visits as well as other scheduled public health activities," the NHRA spokesperson said.

A daylong memorial began Monday in Kamloops, B.C., at the site of what was once Canada's largest residential school on the one-year anniversary of the announcement of the detection of unmarked graves.

Hundreds of thousands of people remain without power after Saturday's powerful storm that left at least nine dead and caused extensive damage throughout southern Ontario and Quebec.

A Russian soldier who pleaded guilty to killing a civilian was sentenced by a Ukrainian court Monday to life in prison -- the maximum -- amid signs the Kremlin may hold trials of its own, particularly of the captured fighters who held out at Mariupol's steel plant.

The first of three charter flights bringing Ukrainian refugees fleeing Russia's invasion to Canada is to land in Manitoba this afternoon.

An email encouraging members of the Canadian Armed Forces to consider contacting Habitat for Humanity if they can't find affordable housing is casting a spotlight on a growing challenge facing many military personnel and their families.

The Canadian royal visit took place at a time when many are starting to view Prince Charles differently, given that his destiny to be King seems to loom closer, Richard Berthelsen writes in his exclusive column for CTVNews.ca.

Wreckage found of plane that disappeared in Ontario with Alberta men onboard, police say

The wreckage of a small plane that disappeared last month in northern Ontario with two men aboard has been located in Lake Superior Provincial Park.