Nearly 70 Manitobans recovered from COVID-19, but there is still a risk: health officials 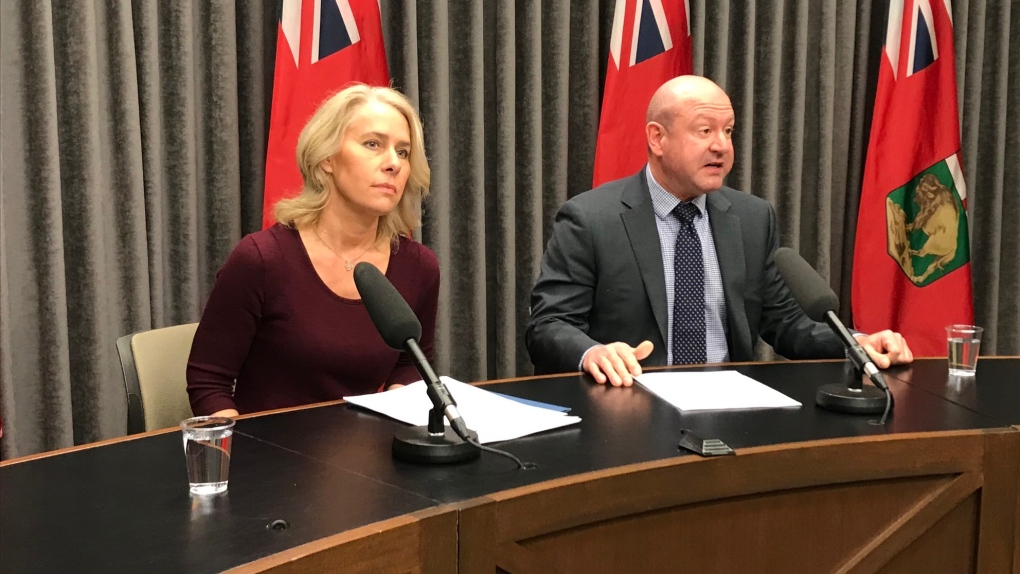 WINNIPEG -- Nearly 70 people have recovered from COVID-19 in Manitoba so far, but health officials say the risk is still there.

Dr. Brent Roussin, Manitoba's chief public health officer, made the announcement at a news conference on Wednesday afternoon. He also added that 69 people have recovered, meaning there are currently 149 active cases.

There are currently 12 people in hospital; six of them are in intensive care. The death toll remains at three.

Roussin is reminding Manitobans that even though the holidays are coming up this weekend, people should not let their guard down and they should not be holding family gatherings with anyone outside the household.

"These next couple weeks are critical in our response, I feel like this weekend is very critical," said Roussin. "We may be seeing increased weather, we know Easter and Passover are coming, there's going to be that urge to gather in large groups, large families gathering within homes to celebrate. I need to make it very clear that now is not the time for that."

Roussin also said people should not be gathering at faith based organizations.

He added that if Manitobans let their guard down, this could impact the province's ability to flatten the curve.

Lanette Siragusa, the province's chief nursing officer with Shared Health, said 20 health care workers in Manitoba have tested positive for COVID-19. Of those 20 workers, 18 are in the Winnipeg area, while the other two are in the Interlake Eastern region.

Siragusa said 10 of the health care workers in Winnipeg are from the Health Sciences Centre. None of the staff have worked since April 1.

"In addition to those staff at Health Sciences Centre, there have also been four patients on that unit who have tested positive for the virus. They are isolated and being cared for appropriately," said Siragusa.

With the new testing site being opened, the site at Access Winnipeg West will no longer be a COVID-19 testing site.

Assessment clinics are for patients who are COVID-19 positive or who have respiratory symptoms, and these clinics offer primary care services on appointment basis.

These places will also offer testing sites in a separate area at the site.

The province is reminding people that testing sites and assessment clinics are not for walk-in services. If people are wanting to be tested they should call Health Links or be referred by their primary care provider.

For the latest information about screening sites Manitobans can visit the province's website.