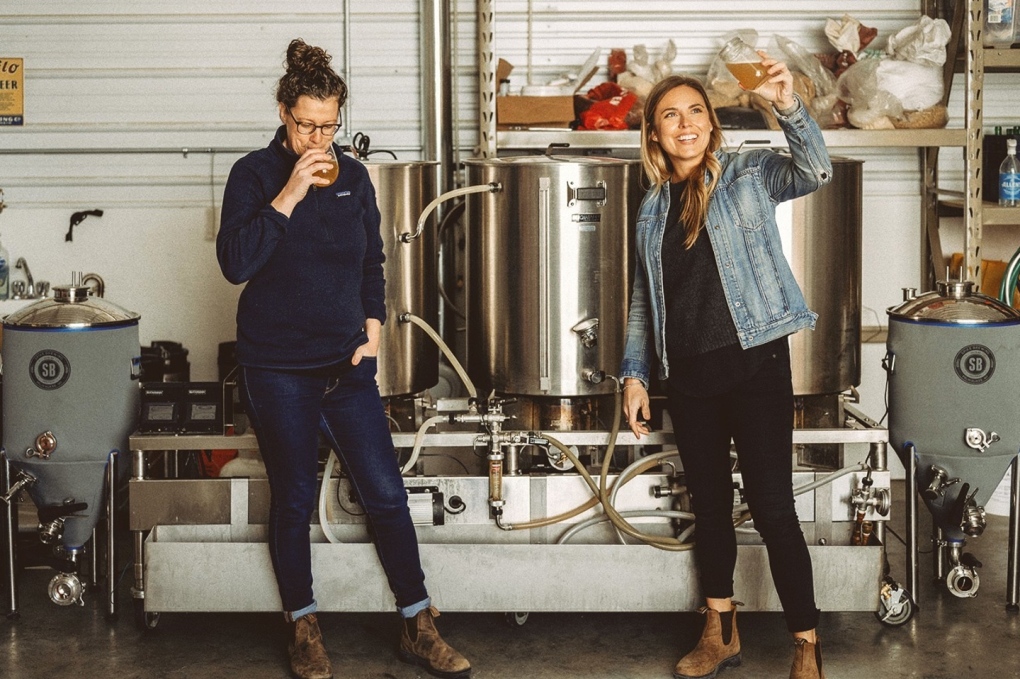 WINNIPEG -- A new brewing company takes pandemic community to heart by launching what could be Manitoba’s first all female-owned brewery.

Morgan Wielgosz, along with partner and co-founder Amber Sarraillon, launched two brands on April 27 under the name Good Neighbour Brewing Company, with one of them selling out within three hours.

“It happened New Year’s Eve that we kind of made this promise to each other that this year would be the year despite COVID,” said Wielgosz.

The brewery’s name has ties to the pandemic, with Sarraillon saying Good Neighbour reflects the times and the ideas the cofounders share.

“The idea of Good Neighbour really resonated with us because really the community has been such an inspiration I think this year. With everything that’s been going on with the pandemic, and just seeing the way the community came together,” said Sarraillon.

The name also embodies the pair’s values, including being honest, genuine and community driven.

In an industry dominated by men, the two hope to be an inspiration to other women, but also want to be known for the quality of the beers they brew.

“It is significant that we are what might be first all female-owned brewery in Manitoba, and we hope that inspires others and a lot of women to be welcomed into the industry,” said Wielgosz. “Certainly not something that we want to lead with because we want to be respected for skill, not just necessarily for just the gender behind it.”

The women forged a bond while working at a brewery in Toronto. Sarraillon is a Winnipegger while Wielgosz is from Ontario. Combined they bring over 25 years of suds making experience, and hope their take on approachable, well rounded, lower-alcohol beers sets them apart.

“Just sessionable. So you can enjoy yourself, have a few beers and not feel too overdone by imbibing too much,” said Wielgosz.

The women are also focusing on a rotating portfolio of beers, with a goal of releasing a new beer every week or two.

The company doesn’t have a home of its own yet, currently brewing out of Oxus Brewing Company in Winnipeg. The plan is to have location locked in by the fall, with a move in date in the new year.

“This is just an interim solution for us. Just to get our wheels in motion to really start the dream,” said Wielgosz.

Their beers can be found online and in store at certain Liquor Marts.