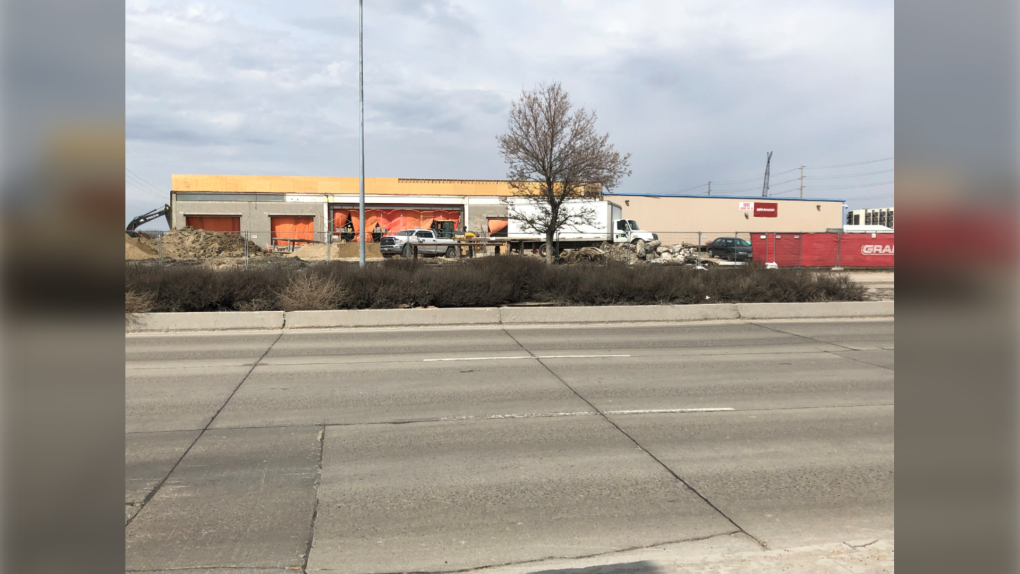 Work is currently underway to get a new Amazon warehouse up and running along Regent Avenue West. The warehouse is scheduled to open in September. (Source: Bobbi-Jo Stanley/CTV News)

WINNIPEG -- A new Amazon warehouse is getting set to open in Winnipeg.

According to permits on the city's website, the warehouse will be setting up at 1001 Regent Ave. West.

Coun. Shawn Nason, who is the councillor for the Transcona area, confirmed this with CTV News and said it is a distributional warehouse.

"I believe (Amazon) is targeting September for opening," said Nason.

He said he has been in contact with Amazon and is excited to see the company set up shop in Transcona.

"Economic development in the community I think is important, especially in the time of COVID. We're going to be looking for good opportunities, good investment."

Nason said this new warehouse is expected to create around 100 jobs and it is taking over a building that has been vacant for a few years.

"There's going to be more people in the area, more opportunities for people to call Transcona home."

When it comes to extra traffic in the area, Nason said there shouldn't be much of a problem based on Amazon's business model as drivers won't be there during busy hours and he noted other companies in the area already operate there and also function on similar models as Amazon.

This is the second Amazon facility that is set to open up in Winnipeg. In October 2020, Amazon, along with the provincial government announced a delivery station would be coming to Winnipeg.

It is being built in the Inkster Industrial Park northeast of the airport and it is scheduled to open in 2021.

CTV News has reached out to Amazon for additional details.