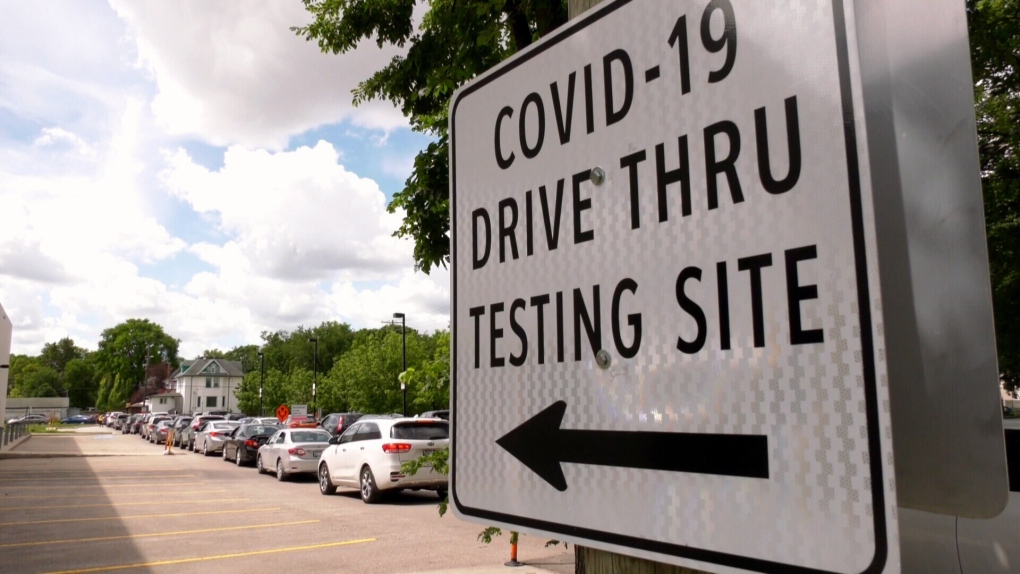 During a scrum with reporters at the Manitoba Legislature, Pallister said two new drive-thru testing sites will be setting up in Winnipeg next week.

"We owe it to Manitobans to do as best as we possibly can to protect them," said Pallister.

One site will be located at 1066 Nairn Avenue, with the second site being located at 125 King Edward Street.

The site on Nairn is expected to open by Tuesday, Oct.13, Pallister said, while the King Edward site will open in approximately 10 days. Hours for the sites will be released next week.

"We have to have a targeted plan of action, and we need to move forward, more rapidly than, frankly, most jurisdictions are doing across the country," he said.

A mobile testing site opened on Portage Avenue earlier this month to help alleviate lineups in the city.

On Wednesday, over 2,700 laboratory tests were completed in Manitoba.

The premier said additional testing sites will be coming to Brandon, Winkler, Dauphin, and Portage la Prairie in the coming weeks. The site in Brandon will be located at the Keystone Centre and is expected to open in the same week the site at King Edward in Winnipeg will open.

"We have put out a call today for physicians, for example, to gain access to offices after hours to provide additional testing," he said, adding the province is also looking at adding COVID-19 testing rooms to current medical facilities.

Pallister said despite the call to increase testing, it still needs to be reliable.

"We need to make sure that these tests are as reliable as possible, so that Manitobans do not ever get a false negative, or for that matter, the damaging false positive. Either way is not good," he said. "I'm not aiming for rapidity at the expense of accuracy."

The province will be working with Red River College to train people in specimen collection, including testing, beginning Oct. 19. Pallister said this program is to help alleviate burnout and stress among current workers collecting COVID-19 tests.