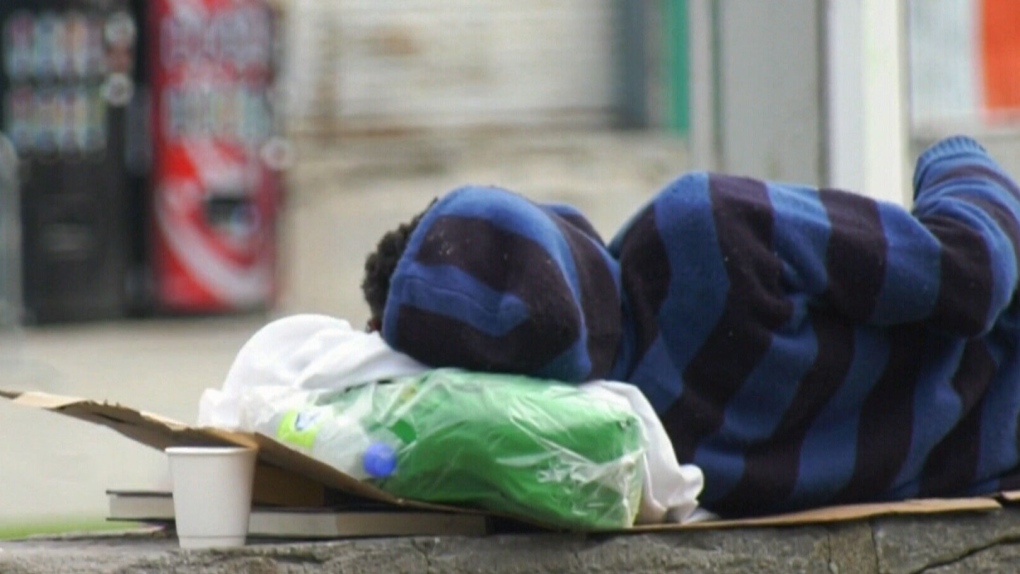 New data is shedding light on homelessness in Winnipeg, offering a snapshot into locations, available resources and demographics of those who are unsheltered or experiencing homelessness in the city.

The data was released as part of End Homelessness Winnipeg’s 2021 Interim Street Census Community Report, which gives a limited, time-specific look at homelessness in Winnipeg.

The information was collected over a 24-hour period from April 21 to 22, 2021, when project partners gathered data from emergency shelters, transitional housing, 24/7 safe spaces, resource centres, encampments and unsheltered locations. End Homelessness Winnipeg noted not every sheltering or transitional location participated in the survey.

“It’s just to get a sense of the demographics, the locations, the ages, the ethnicities of individuals that are currently unsheltered and experiencing homelessness throughout Winnipeg,” said Jason Whitford, president and CEO of the non-profit organization.

During this 24-hour snapshot, the group counted 1,127 people experiencing homeless in Winnipeg. This included 370 people who were unsheltered; 54 people at encampments; 300 people staying at emergency shelters; 229 people at 24-7 safe spaces; and 174 in transitional housing.

A map showed the majority of people staying at encampments and other unsheltered locations were in the North End and West End.

The data showed that 71 per cent of the people staying at emergency shelters, transitional housing and safe spaces were men, 27.5 per cent were female and one per cent were gender diverse.

“I think what happened during the pandemic is that people that were at or close to becoming homeless were sort of pushed over the edge throughout the pandemic because of, I think, health measures that were imposed, where you had to restrict visitors or restrict spacing or even to be more mindful of children, the elderly or people with weakened immune systems,” Whitford said.