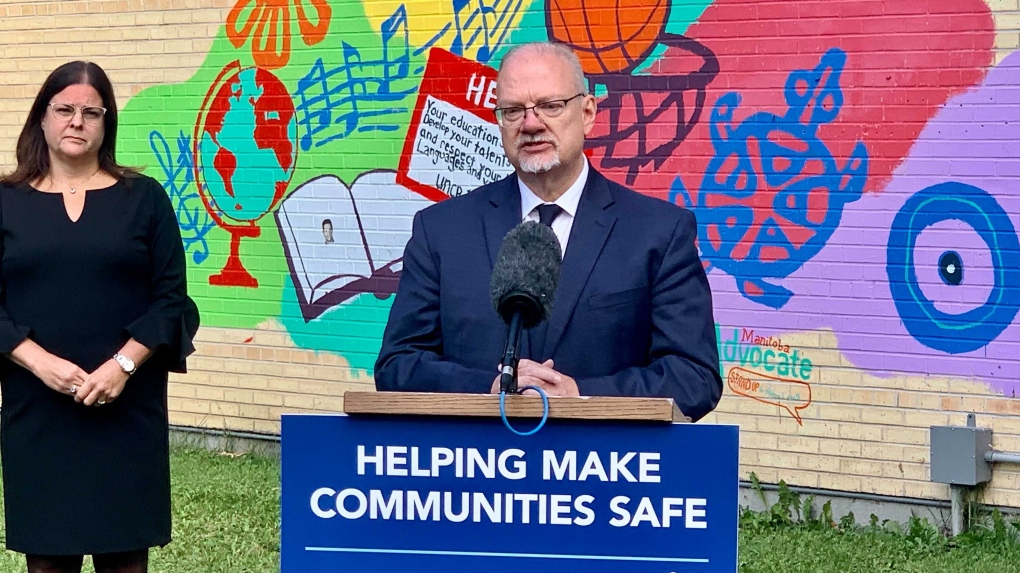 The Manitoba government has announced a new partnership in an attempt to lower youth involvement in the justice system.

Premier Heather Stefanson and Justice Minister Kelvin Goertzen announced Monday the province is partnering with Marymound Inc. on a new youth justice program aimed at reducing the number of Indigenous youth in custody and on probation.

“As we’ve talked about in the past, if doing time becomes wasted time, it ultimately becomes repeat time,” Goertzen said. “We need to ensure that, when it comes to recidivism, that we can reduce it with support.”

“This is a program that, if it works, which I think it has proven and will, through the social innovation financing, we’ll be able to reduce the number of kids reoffending in our community,” Stefanson said. “I think that this is a very important part of crime out there right now, so I think this is a program that will help at that end.”

The program will target a minimum of 45 youth – 30 in Winnipeg and 15 in Thompson – over a three-year term. According to a release, it is grounded in Indigenous knowledge to help address the root causes of crime, connect youth to their community and culture and foster a more positive Indigenous identity.

It is funded through a new social impact bond with the support of nine investors, and if the program is successful and helps reduce the number of days in custody for Indigenous youth, Marymound will receive for than $2 million in provincial funding.

$1,048 meal: Torontonian has the most expensive Uber Eats order in Canada this year

A newly released report from Uber Eats shows that a Torontonian ordered the most expensive meal through the app in Canada this year, spending $1,048 at burger joint.