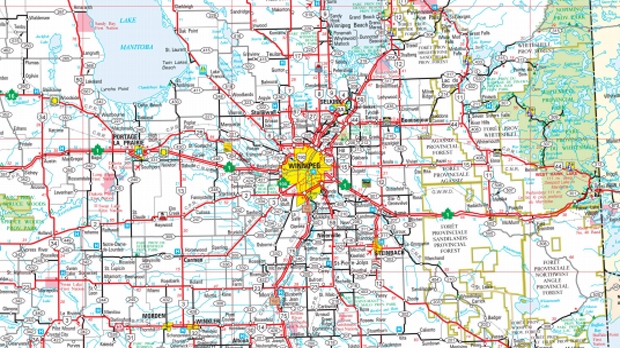 The province unveiled the map on Thursday, which will feature recent road improvements, additional towns and a new design for town and city maps.

The 2019 map is now available in both digital and physical versions, ready for tourism season this summer.

“The updated Manitoba highway map is a sure travelling companion for drivers to go along with our excellent digital and electronic mapping system online,” Infrastructure Minister, Ron Schuler said in a release statement.

“Road improvements such as changes to surface type or alignment, historic routes and parks have been added as well as other changes to the look of the map.”

The updated map shows new paved surfaces, road re-alignments, the completion of the all-weather road to Berens River, the establishment of PR 412 as a provincial road from Dallas to Jackhead, current winter roads and more.

Towns such as Neepawa, Niverville and Stonewall have been added to reflect rising populations.

Several new provincial parks were added as well. The following three new historic and tourist routes have been added to the map:

• Life is a Highway, part of PR 391 between Thompson and Lynn Lake; and