New proposal looking at a different approach to traffic congestion 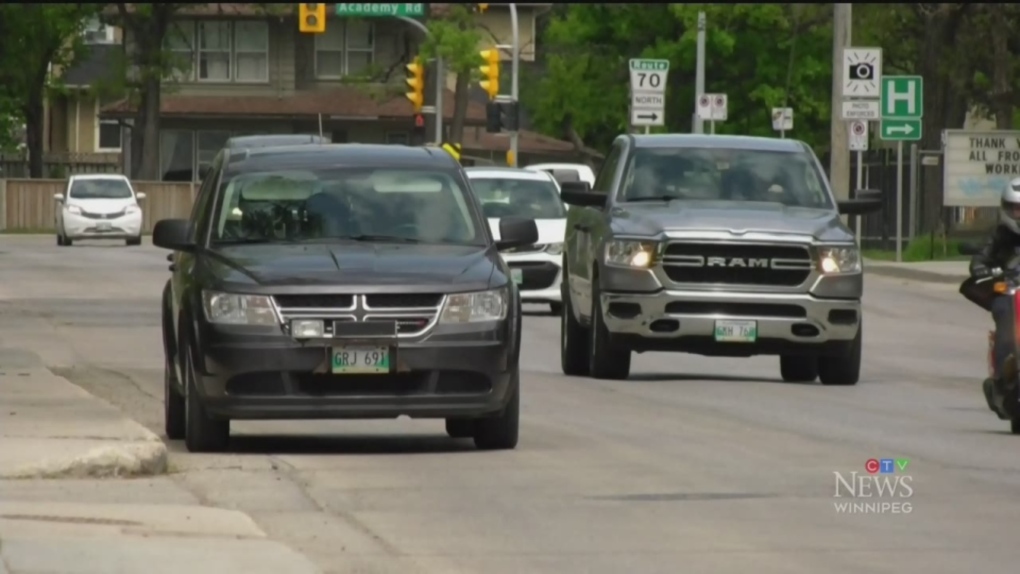 WINNIPEG -- A new proposal was on the docket at city hall Thursday, and it could change the city's approach to traffic congestion.

The new proposal, put forward by Councillor Matt Allard, could lead to fewer roads being available to traffic.

Allard said the city could bring in an induced congestion analysis for new transportation projects.

The proposal would bring a "supply and demand" approach to traffic, with the idea being the more roads you have available, the more vehicles and the more traffic you have.

But on the flip-side, fewer roads would lead to less traffic.

"We really need to move to other solutions than just building more roads we can't afford," said Allard, who is the councillor for St. Boniface.

The idea will be discussed at the city's infrastructure and public works committee and by bringing in an analysis, the city would start using vehicle kilometres travelled as a measure of traffic flow.

Allard said it would be a small change that would have a large impact on the city's transportation master plan.

"We have a built-in analysis that encourages us to spread out as a city and widen roads. I know that the road widening piece is just not politically viable and it's not fiscally possible, so we need to look at other options," said Allard.

Other councillors on the committee are not opposed to the idea.

"We have an existing roadway network and I believe we need to continue to maintain our existing roads and we need to produce the right kinds of roads," said Councillor Jeff Browaty.

Transportation advocates in the city think this is a good idea.

"Nobody likes traffic jams and the only thing that really works is by limiting the amount of supply. It's so well known and it's strange it doesn't work that way in Winnipeg yet," said Anders Swanson, who is the executive director of Winnipeg Trails.

"Rather than focusing on how many vehicles we can move, let's think about how many people we can move," said Cohoe.

Cohoe points to Westway and Empress Street as a good example. It was originally a four-lane road and then a bike path and sidewalk were added and it still is able to accommodate traffic levels.

"Trying to think about how we make more of what we have is a lot better way of looking at it. Get more people walking, biking, taking the bus," said Cohoe.

Climate change is also a big factor tied to this as Allard said this proposal could help Winnipeg meet its 2030 climate goals.

Building fewer roads could also save the city a lot of money, something Allard stresses as being pretty important, noting the city doesn't really have the money to spend on new roads, especially given the economic losses tied to the COVID-19 pandemic.