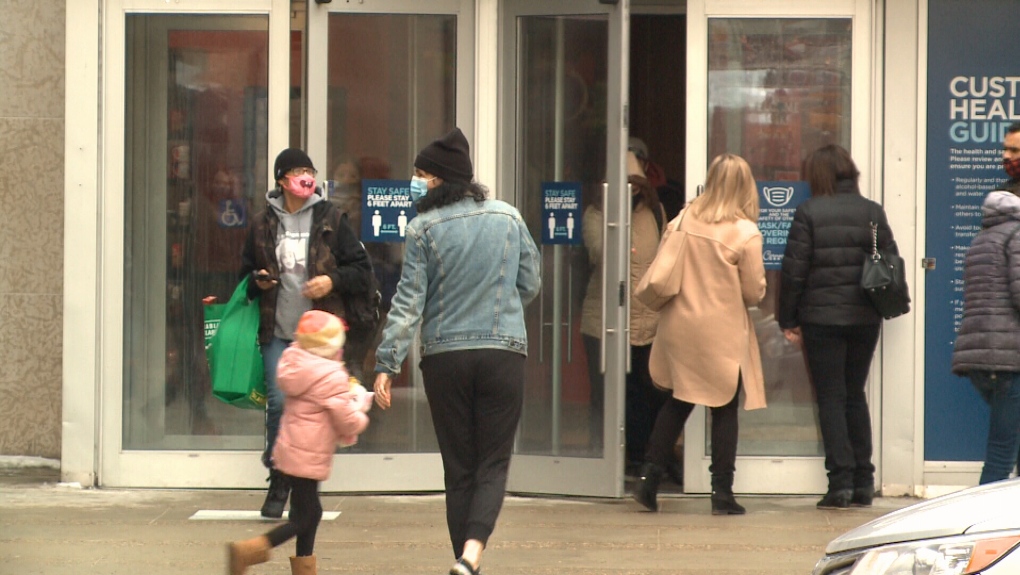 WINNIPEG -- New restrictions on retail capacity limits are now in effect across Manitoba.

At a Monday news conference, Pallister said that COVID-19 is once again on the rise in Manitoba, due in large part to variants of concern.

“Our cases are rising, our test-positivity rate is rising, hospitalization numbers are beginning to go back up,” he said.

“We’ve been in this situation last year, and we know that we don’t want it recreated now.”

As part of the new round of public health orders, Manitoba is placing new restrictions on retail capacity limits.

As of Tuesday, the province also implemented new restrictions on gathering sizes, including limiting households to two designated indoor visitors, and outdoor gatherings to 10 people including household members.

These orders will remain in effect until May 12.