New restrictions will have an impact on sports in Winnipeg 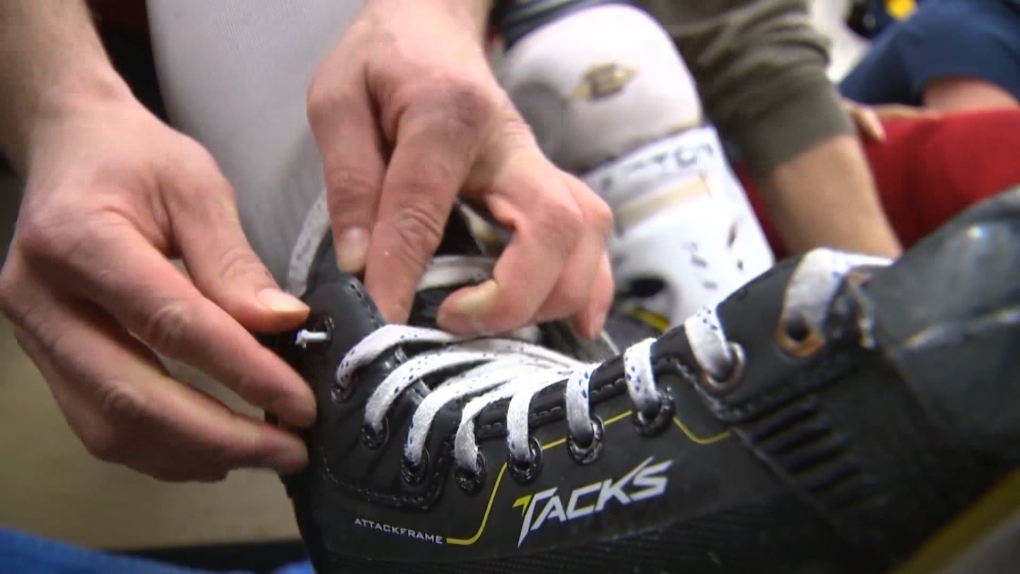 WINNIPEG -- The province along with Manitoba's top doctor announced a handful of new restrictions for the Winnipeg Region on Friday.

These restrictions will take effect on Monday and be in place for two weeks, as the government hopes this will help lower the COVID-19 case count in Winnipeg.

With these new restrictions, Dr. Brent Roussin, the province's chief provincial public health officer, said this will have an impact on sports in the area.

The main restriction is that the number of spectators allowed at any game is being dropped to 25 per cent capacity.

For parents bringing their kids to games, Roussin said they should think about who goes.

"Only one parent should go with the child if possible," said Roussin.

Under Hockey Manitoba's Return to Play plan, games were allowed to start on Oct. 1.

Social distancing is required as much as possible in both practices and games. Coaches are asked to minimize "chalk talk" and avoid large team gatherings at practices.

Referees also have the power to break up scrums and blow plays dead quicker than usual to avoid too many players from separate teams being in close proximity to one another.

Handshakes are not allowed to happen during games and players are encouraged to arrive in most of their gear before games, minus gloves, skates, and helmets.

Roussin noted health officials have seen cases of COVID-19 come from recreational sports, pointing out what happens after the game.

"Having drinks afterward with the entire team and both teams, in change rooms or in lots, we're seeing transmission events,” he said.

“(There are) a lot of benefits in physical activity. We want to see people active but we can do things to reduce the risk involved in those activities."

He said the province is relying on Manitobans to step up and know this isn't the time to have large gatherings.

Jay Shaw, the assistant chief of emergency management, said Winnipeggers could be doing a better job right now when it comes to following health orders at arenas.

He said the main problem they are seeing a lack of physical distancing.

"We want people to be safe. We want our hockey recreation arenas and our facilities to be a safe place. We want to support hockey and support these activities," said Shaw.

He also noted that some people are failing to wear masks while attending games.

When it comes to the next steps if people continue to disobey the rules, Shaw said they are viewing their options and nothing is off the table.

"We're going to do and take the steps required to be able to stop those behaviours. That could be anything from more restrictions, working with the other organizations to make sure they are following the rules," said Shaw, "I don't want to shut them down."

"I don't think the province or the municipal government is going to rule anything out going forward. But it's for everybody's benefit, especially kids(so they can) can get out and have some activities," said Bowman.