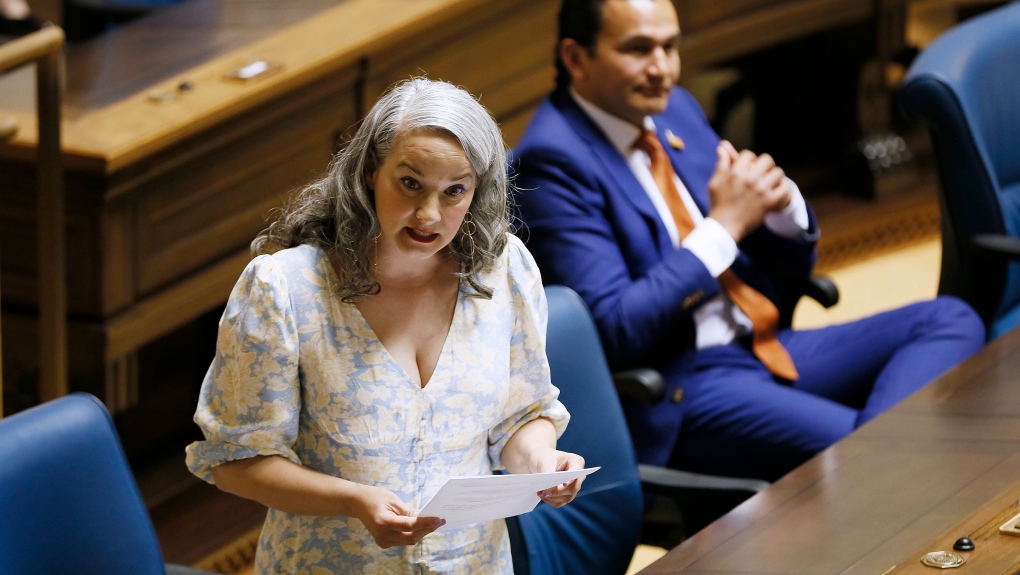 "At the end of the day, we have to give the information to police that helps them do their job and that gets justice for families," Nahanni Fontaine, NDP justice critic, said in an interview. Fontaine is the caucus spokesperson for missing and murdered Indigenous women, girls and two-spirit people.

Fontaine's comments came a day after Winnipeg police laid out reasons why they have decided against a search of the Prairie Green landfill, where two Indigenous women -- Morgan Harris and Marcedes Myran -- were believed to have been taken by an alleged serial killer.

The remains were believed to have been taken to the privately owned landfill north of Winnipeg in the spring. Many apartment and condominium buildings in Winnipeg use private contractors to collect waste. When police learned of the possibility several weeks later, the site had already seen an additional 10,000 truckloads of refuse dumped along with about 1,500 tonnes of animal remains.

The trucks involved did not have GPS units on board to track their location or video cameras, police said, and the landfill has compacted its waste with tons of heavy mud and clay.

Fontaine said requiring GPS tracking and video cameras could help pinpoint an area to start searching. She would also like to see very thorough record-keeping required to track what is deposited of.

"There are Manitoba families that are in incredible turmoil right now and suffering in unimaginable ways," she said.

Fontaine pointed to the search for Rebecca Contois, whose partial remains were found in the city-run Brady landfill in the city's south end in June. The garbage trucks used by the city have GPS tracking and video cameras. Material at that landfill is also not compacted. As a result, police had a starting point for that search and an easier time sifting through material. Less time had elapsed in that case as well.

Contois, Harris, Myran and an unidentified woman police and community leaders have named Buffalo Woman were killed within several weeks of each other in the spring, allegedly at the hands of Jeremy Skibicki.

Skibicki has been charged with four counts of first-degree murder. He has yet to enter a plea, but his lawyer said last week Skibicki maintains his innocence.

The district manager of the company that owns the Prairie Green landfill said the company is co-operating fully with police and extending condolences to the families of the women.

"The disappearance of these young women is an unspeakable tragedy and all of us are extremely upset by it," said Barry Blue of Waste Connections of Canada.

The company does not know all of the details of the police investigation as it's ongoing, Blue added.

"We're not able to really comment on the ability to locate or retrieve the victims at this time," he said.

"I can tell you that the landfill is a dynamic, dangerous place with lots of moving pieces and so that makes locating anything extremely challenging."

This report by The Canadian Press was first published Dec. 7, 2022

The Supreme Court of Canada has ruled that a mandatory minimum sentence of four years for firing a gun at a house is unconstitutional.

Conservative Leader Pierre Poilievre doubled down on his belief that "everything feels broken" Friday, as he laced into Prime Minister Justin Trudeau for suggesting otherwise.

Freedom rally supporters are expected to congregate near the southern Alberta border town of Coutts on Saturday and RCMP officials say motorists in the area should expect to face highway delays.

More than 80 Toronto police officers are expected to be in and around Toronto Transit Commission locations to reduce victimization, prevent crimes of opportunity and enhance public safety.

Memphis braces for release of video in Tyre Nichols' arrest

Authorities announced the Friday release of police video depicting five officers beating a Black man whose death prompted murder charges against them and provoked outrage at the country's latest instance of police brutality. Family members of Tyre Nichols pleaded for any protests to remain peaceful.