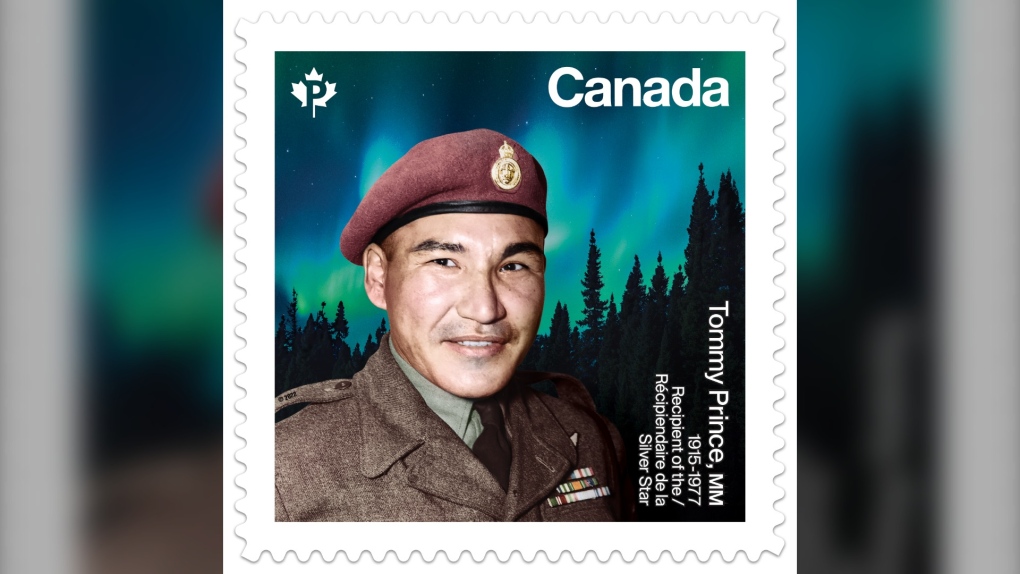 One of Canada's most decorated Indigenous war veterans and a prominent Anishinaabe activist was honoured Monday as Canada Post unveiled a new stamp to commemorate his life.

Sgt. Thomas (Tommy) Prince was born on St. Peter's Reserve in Manitoba and was part of the Brokenhead Ojibway Nation.

Prince enlisted with the Royal Canadian Engineers in 1940 and then joined the 1st Special Service Force, which was a joint Canada-U.S. specialized reconnaissance and raiding unit.

He served in the Second World War and Korean War and was awarded 11 medals, including the Military Medal and the Silver Star for his service.

He also served as vice-president of the Manitoba Indian Association and called for the Indian Act to be abolished and for the government to respect treaties.

"My father was a caring loving man. He loved his family," said Tommy Prince Jr. "I would just like to say thank you to everyone here today for making this day special and honouring my deceased father."

Jon Hamilton, the general manager of communications strategy and external engagement with Canada Post, said while the day was about unveiling a new stamp, it was also about so much more.

"We are here to honour and remember an incredible person, who lived a remarkable life. A person who gave so much for his country and his people," said Hamilton.

Chief Gordon Bluesky of Brokenhead Ojibway Nation said the story of Prince deserves to be known at the world level.

"(He) has paved the way for Indigenous people all over Canada. He was a residential school survivor, a great marksman and a tracker, a war hero and an Indigenous advocate and fought for equality and Indigenous rights," said Bluesky.

The stamps will be issued on Oct. 28.