New Warming Huts on Display at the Forks 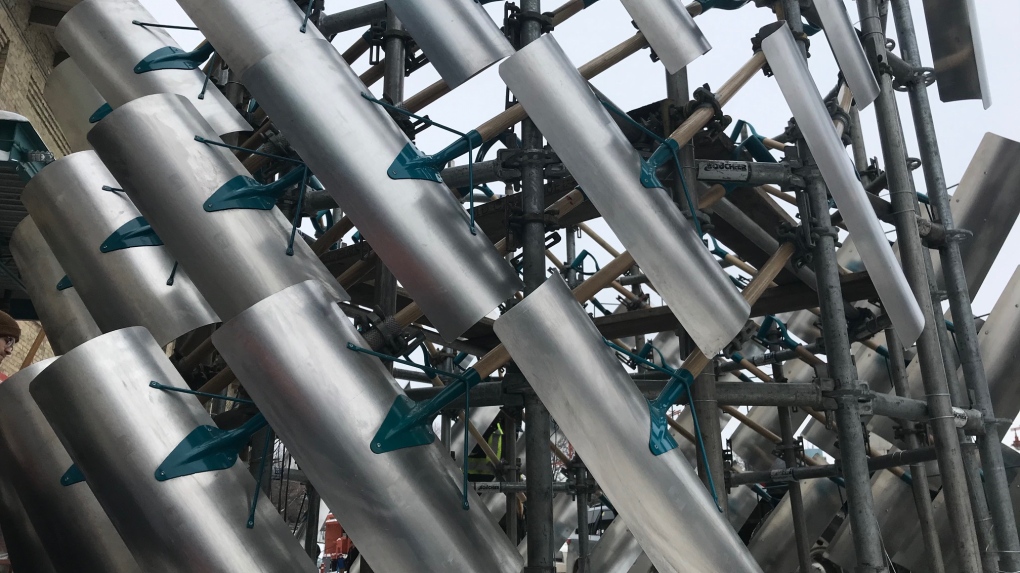 Modern Office -- a winning group from Calgary -- designed a hut made out of snow shovels, called S[HOVEL]. (Mike Arsenault/CTV News.)

Modern Office -- a winning group from Calgary -- designed a hut made out of snow shovels, called S[HOVEL]. They said they’ve been submitting to the competition for several years and a member of the team told CTV News they’re “collectively humbled.”

Noel Picaper from France won with his design called The Droombok. He said he likes working on small scale micro-architecture.

“It’s really great to have those here,” said Picaper, commenting on the effect on a public space. “For the people it will be really entertaining.”

Ashida Architect Associates and Co. hail from Japan, and won for their hut called Forest Village, a design made of wood and cat tail.

“We are architects, this is what we do,” said Adrian Steckeweh, one half of Ashida Architect. “We basically design, all the time, buildings that will be there after we are gone.” 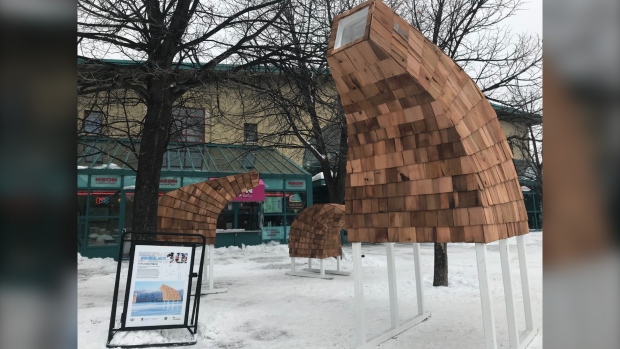 While the rivertrail that spawned the competition won’t open this year due to ice conditions, people will still be able to explore the huts on land.

The new crop warming huts is on display throughout The Forks Market, while some of the older huts are on display at the Manitoba Legislative Building.

Some of the huts are designed to deteriorate though the season. Huts that are made to last will remain on the Forks grounds for years to come. 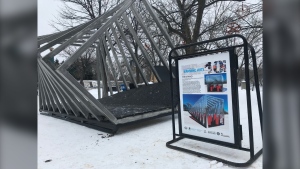 2020 Warming Huts unveiled at The Forks