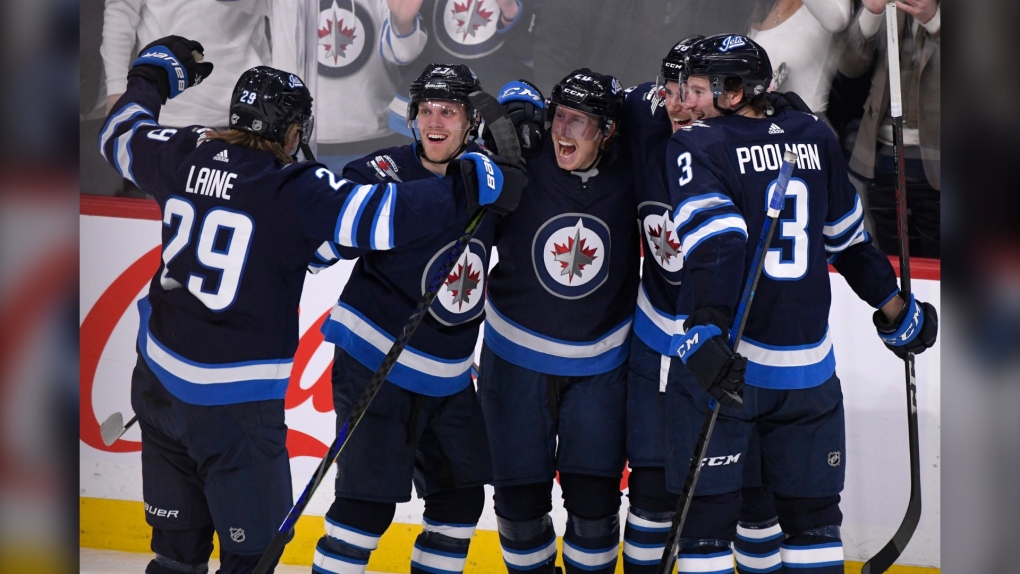 WINNIPEG -- Nikolaj Ehlers had a goal and two assists to lead the Winnipeg Jets to a 4-2 victory over the Arizona Coyotes in a critical Western Conference contest on Monday night.

Recent Jets acquisition Cody Eakin broke a 2-2 tie at 11:33 of the third period when he picked up the puck and backhanded a shot past Arizona netminder Darcy Kuemper. It was his first goal since being acquired from the Vegas Golden Knights on Feb. 21.

Mark Scheifele, with an empty-netter and defenceman Tucker Poolman also scored for Winnipeg.

Winnipeg goalie Connor Hellebuyck made 36 saves while Kuemper had 30.

It was the last of a three-game homestand for the Jets, who have won six straight home games to improve to 20-14-3 at Bell MTS Place.

After once trailing 2-0, Poolman knotted the score late in the second period when pounced on Eakin's rebound, with Ehlers also assisting.

Ehlers pulled the Jets to within 2-1 early in the second when he took a stretch pass from Poolman at the blueline, sped around the defenders, then beat Kuemper with a soft knuckler.

The Coyotes jumped to a 2-0 lead late in the first period. With just 1.2 seconds on the clock, Schmaltz pounced on a Phil Kessel rebound and beat Hellebuyck with his second goal of the game.

After taking a pass from Kessel, Schmaltz opened the scoring when he skated around Neil Pionk and beat Hellebuyck with a high shot at the 15:50 mark of the first.

The Jets will now embark on a three-game road trip through Western Canada, with the first game against the Oilers in Edmonton on Wednesday.

This report by The Canadian Press was first published Mar. 9, 2020