Niverville at odds leading up to pot shop plebiscite 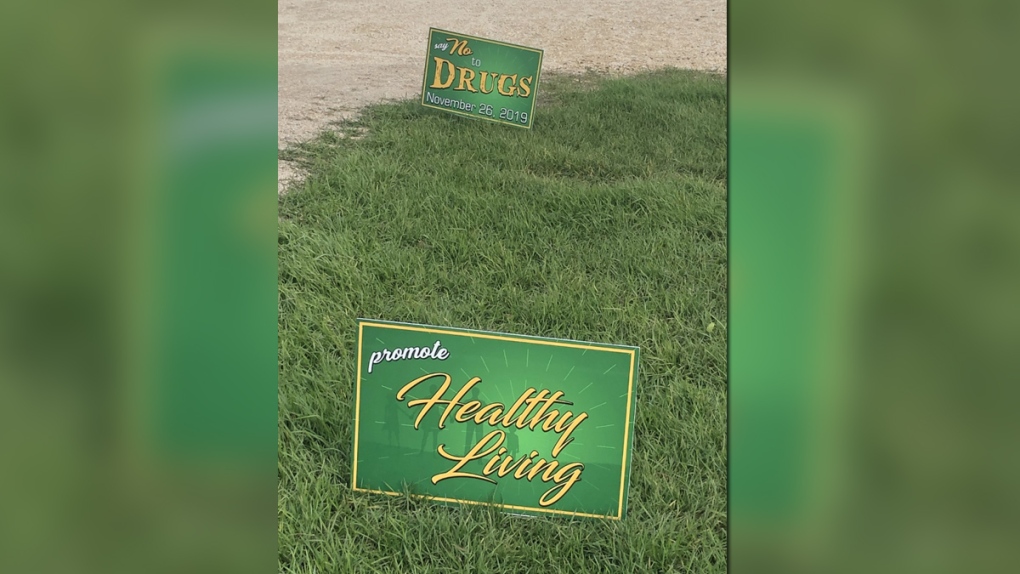 Niverville community groups are rallying for support in the upcoming plebiscite deciding the fate of a cannabis retailer hoping to set up shop in town. (submitted to CTV News Winnipeg)

WINNIPEG – Niverville community groups are rallying for support in the upcoming plebiscite deciding the fate of a cannabis retailer hoping to set up shop in town.

The town’s controversy revolves around Canna Cabana, a cannabis retailer selected by Manitoba Growth, Enterprise and Trade to open a store. In July, Canna Cabana applied for conditional use permits, but was denied by town council.

Council later voted in August to let Niverville residents decide if the pot shop would be welcomed in town. The plebiscite is set for Nov. 26, and is expected to cost under $5,000.

With less than two months until the plebiscite, signs are popping up around town – some advocating for the anticipated economic growth of a cannabis dispensary, while others urge residents to “say no to drugs” and to “live a healthy lifestyle”.

Niverville Mayor Myron Dyck said he has seen the two groups out asking for support, but he said council is not getting involved.

“I choose to remain neutral, so prefer to let democracy happen,” Niverville Mayor Myron Dyck said in a written statement to CTV News Winnipeg. “Council is doing nothing leading up to the plebiscite. People will decide.”

Dyck said if the town votes against, then the Canna Cabana will remain barred from Niverville. But, Dyck said if the vote swings for the pot shop, the company can reapply and council can only impose conditional use elements such as ensuring parking, lighting, drainage, and noise requirements are met.

CTV News Winnipeg has reached out to Cana Cabana for comment.