'No child deserves that': vigil held for Eishia Hudson one year after she was shot and killed by police

WINNIPEG -- One year after 16-year-old Eishia Hudson was shot and killed by a Winnipeg police officer – her father said he is still waiting for change.

Around 300 people gathered at a vigil for Hudson at the Odena Circle at The Forks Thursday evening.

"My daughter didn't deserve what happened to her. You know what – no child deserves that," Hudson's father William said at the vigil.

"It is why we are here today, and it is why we got to continue to do what we do."

Along with songs performed by the Whitehorse and Southern Thunderbird Medicine Drum Groups, and jingle dress dancers, there was a moment of silence held for Hudson at 6:10 p.m.

Hudson died on April 8, 2020 after she was shot by Winnipeg police following an alleged theft at a Liquor Mart in Sage Creek. An investigation by Manitoba's police watchdog said a Winnipeg police officer fired his gun twice at Hudson, who had been driving a stolen Jeep at the time.

Hudson was taken to hospital where she died of her injuries. The Independent Investigation Unit of Manitoba has determined the officer involved will not face any charges, though Hudson's family has called for a review of the investigation. 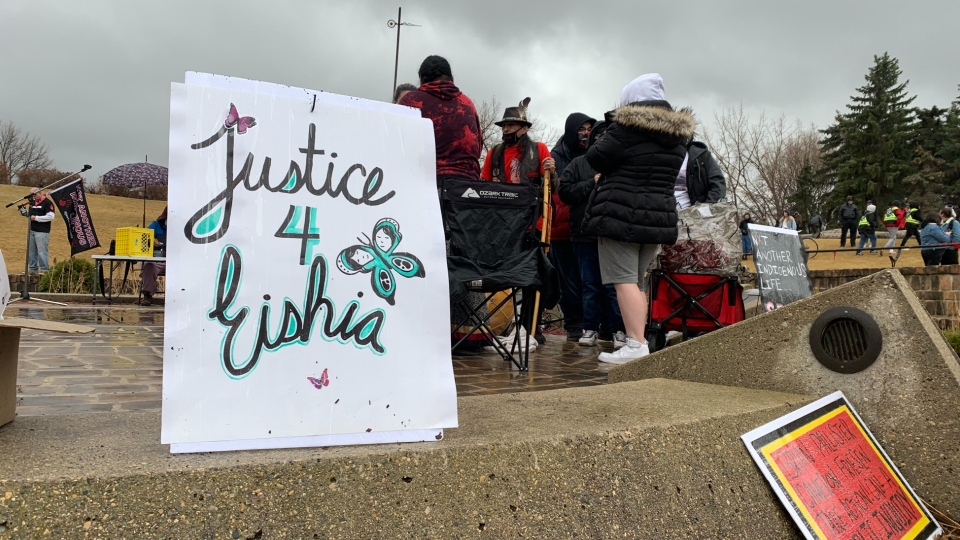 "Today is a hard day for me," William said at the vigil.

Similar vigils were held for Hudson Thursday evening in Vancouver and Toronto.

"They all wanted to be a part of it," William said. "For them reaching out and doing what they are doing – it touches my heart so much." 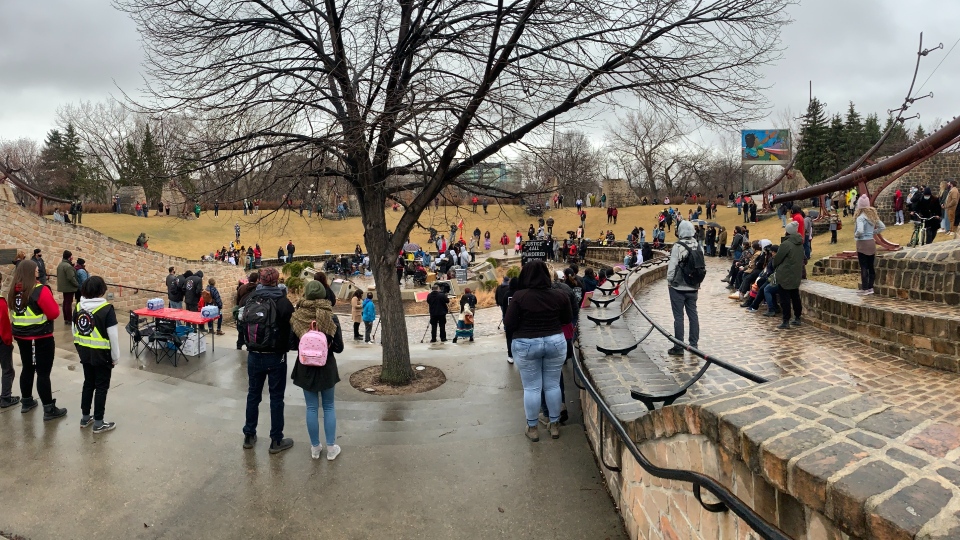 Grand Chief Arlen Dumas of the Assembly of Manitoba Chiefs said to see people from different communities at the vigils shows solidarity.

"Everyone is gathered out in solidarity to continue elevating the issue and bringing forward attention to many of the issues that have caused the tragedy of Eishia's death and many of the systemic issues that continue to plague our communities," Dumas said.

"Keep on standing, keep on fighting, keep on having your voices heard," William said. "It is what we have to do."