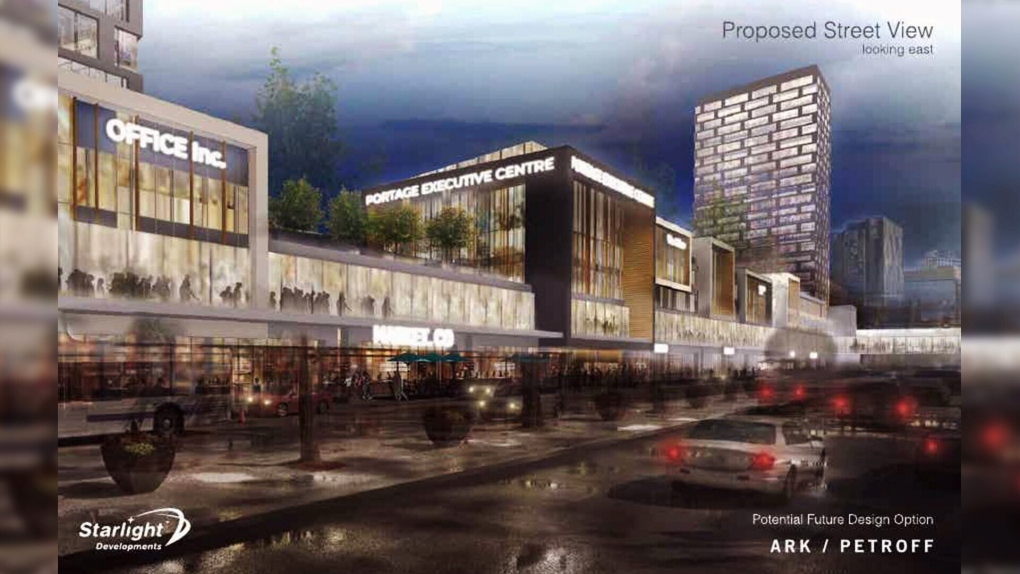 WINNIPEG -- A deadline has come and gone for the $400 million project to redevelop Portage Place, with no news of a deal.

Starlight Investments, the company behind the project, had until March 1, 2021, to secure funding from all three levels of government.

It already had funding from the City of Winnipeg and the Province of Manitoba, but it was waiting for federal money.

"This really is a critical piece for our downtown," said Kate Fenske, the CEO of Downtown BIZ. "It is one of the largest footprints and it is time to figure what to do with space moving forward."

Fenske said the proposal for the area is a good project as it leverages private investment and adds public value.

"So we are talking about 500 housing units, adding two towers, retail office space. But also some other really critical components for our community including 10,000 square feet of community space and public washrooms."

She added it would be disappointing if this project did not end up happening, but she said she has heard that negotiations are still ongoing.

A statement from the office of the Minister of Northern Affairs said the federal government is in regular communication with Starlight.

"The lines of communication remain open and we are committed to working with Starlight to help create more affordable housing in Winnipeg. Work with Starlight is ongoing and Canada Mortgage and Housing Corporation officials are in touch with the proponent," the government said.

Fenske said this project would be so much more than a mall and would benefit the greater community.

- With files from CTV's Kayla Rosen.