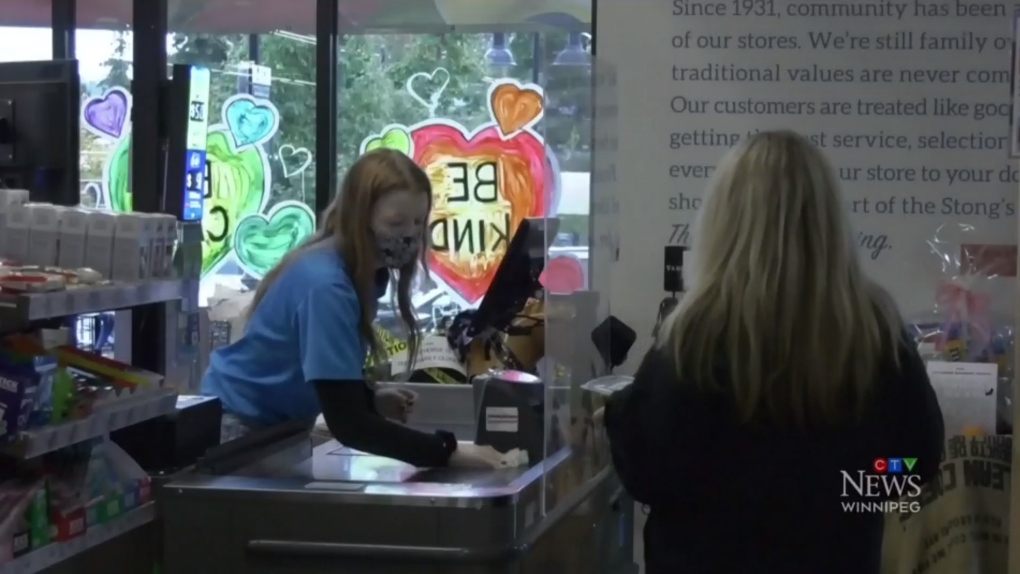 WINNIPEG -- The Manitoba NDP is calling on the province to make paid sick days permanent and standard, and provide paid leave for workers to go get vaccinated.

On Wednesday, opposition leader Wab Kinew said he would like to see the provincial government work with employers to create immediate paid sick leave benefits and leave for vaccine appointments.

"What we're calling for here is for the government to set the standard," Kinew said. "Why is it up to the employer in the middle of a state of emergency?"

Kinew said while the Canada Recovery Sickness Benefit is available, he has heard from workers that it is difficult to apply, there is a lag in the payment, and it is not full wage replacement.

It is a call echoed by Kevin Rebeck, president of the Manitoba Federation of Labour (MFL).

"We need to stop forcing workers into the impossible choice between staying home to protect public health and putting food on the table," he said at a virtual news conference with the NDP.

"Simply put, not having sick days in place for all workers is a barrier to protecting public health."

Data obtained by the MFL from the Workers Compensation Board of Manitoba and shared with CTV News Winnipeg, shows there were more than 1,200 COVID-19 cases in workplaces.

Bea Bruske of the UFCW said less than 50 per cent of Manitoba workers have paid sick time at their jobs. For those that do, she said the majority don't have full-wage replacement.

"That puts workers in a very precarious spot," she said.

Along with this, Kinew said the province needs to legislate paid leave for people to go get vaccinated. He said all other western provinces and Ontario have legislated three hours of vaccine leave for workers.

He said there should not be a further barrier in Manitoba's vaccine rollout.

In a statement, Manitoba's Finance Minister Scott Fielding said the province is encouraged by reports of employers being accommodating and proactive to allow their employees to get vaccinated.

"Many employees in Manitoba receive paid sick leave benefits through their employers or collective bargaining agreements, and we are currently considering ways to address gaps in federal programming and provide options to help Manitobans who aren’t currently covered under employee plans," Fielding said.