WINNIPEG -- A Winnipeg city councillor says he has no regrets after posting false rumours online, suggesting Mayor Brian Bowman was leaving for a job in Ottawa.

For weeks rumours have been swirling around city hall that Bowman had been offered a post by Prime Minister Justin Trudeau.

Mynarksi Councillor Ross Eadie says he received a tip the rumours were true. Concerned Bowman may be leaving amid the current budget crunch, Eadie says he decided to post the rumour on social media Wednesday morning:

Captain Bowman is about to jump off the sinking ship he created with our Winnipeg! It is has been rumored for months that Mayor Bowman will get a federal appointment leaving the mayors seat empty for his leadership mates to sink the ship. #TheBowmanShip #WpgBudget2020

"I didn't really know if it was true but I really felt that I had to send it out," says Eadie.

“There have been absolutely no discussions with anyone at any level of government regarding any appointments,” said Bowman.

Bowman says he too has heard the false rumours for a while and doesn’t know where they started or who is spreading them.

“Anyone that is suggesting otherwise is lying and should be open and transparent upon the basis of which they're perpetuating those rumours,” said Bowman.

Bowman also says he’s not ruling out a shot at a third term. 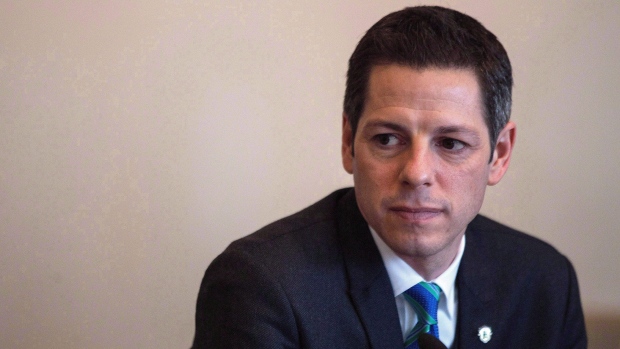 “I'm honoured to serve as mayor and I fully intend on serving the balance of this term and quite possibly putting my name on the ballot the next time around," said Bowman.

Eadie was asked why he didn’t simply call Bowman before putting out the post.

“When I have tried to get a hold of him it takes quite some time before he gets back to me. He is a busy man," said Eadie.

And Eadie says he has no regrets.

“The rumour is dead, so I think I did him a favour actually, he's not happy with me about it,” said Eadie.

Eadie released a second post which says his earlier one was a false alarm.

False alarm! Mayor Bowman assures me he is not jumping the sinking ship. Mismanagement of city finances and services will continue unless Winnipegers speak out. #TheBowmanShip #WpgBudget2020