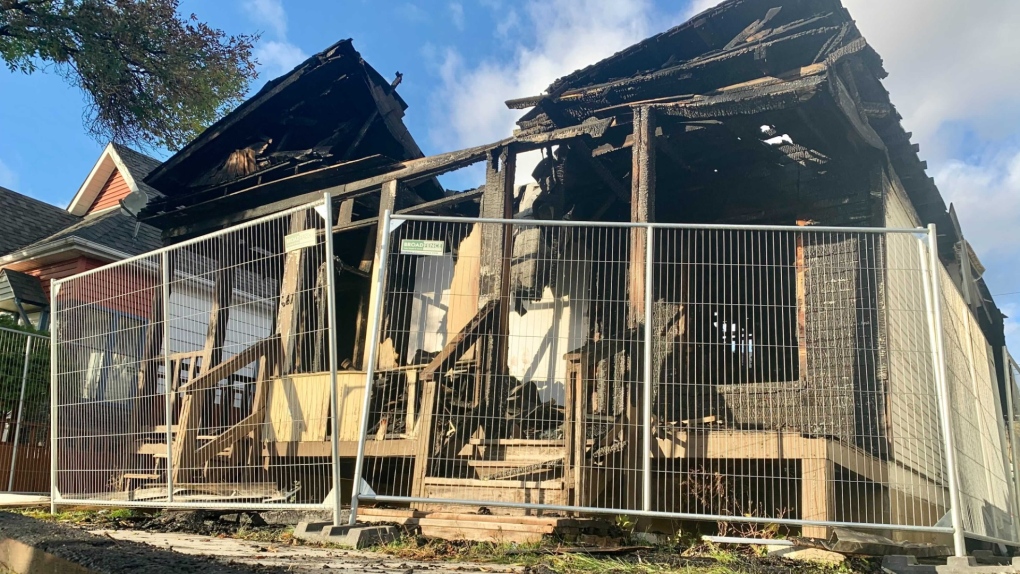 A North End road is shut down as crews work to put out hotspots from an early afternoon fire.

The Winnipeg Fire Paramedic Service said crews were called to a house fire at a vacant, single-storey duplex in the 600 block of Alfred Avenue around 12:15 p.m. Friday.

When crews arrived on the scene, the WFPS said they encountered a well-involved fire that was threatening neighbouring homes. Those homes were temporarily evacuated as a precaution.

While the fire was declared under control around 1:45 p.m., the WFPS said crews would be on the scene for an “extended period of time” addressing hotspots. As of 4:30 p.m., Alfred between McGregor and Parr streets remained closed.

The WFPS said the property previously sustained damage from a fire in 2020. The building is considered a total loss.

The cause of the fire is under investigation. No injuries were reported.