Those problems are often amplified in the province’s north, which can often be an internet desert.

But schools in Northern Manitoba are getting a delivery to help bridge the gap.

Five hundred OneTab tablets, which work offline, have been donated to the division. 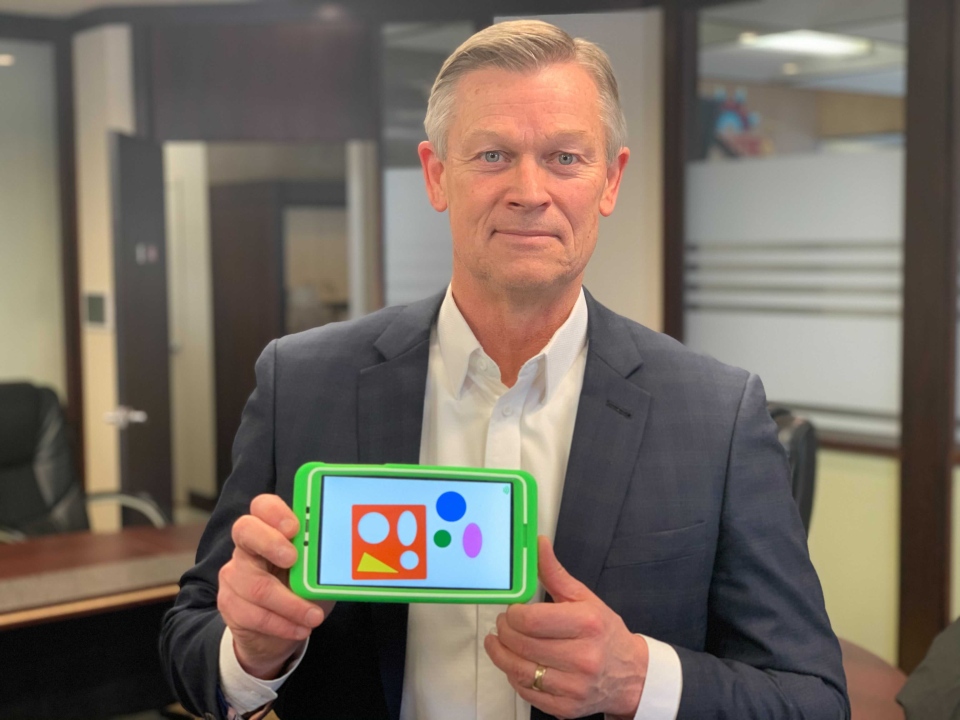 They were purchased by former journalist and Red River College instructor Susan Millican and her son Timothy Millican.

The devices have been set aside for Grade 1 students, who have been “significantly impacted” said the superintendent.

The OneTab tablets are preloaded with apps to help students with math and literacy.

They were developed by a British non-profit organization, which provides low-cost software to improve access to education.

They’ve been used around the world, including the UK, Uganda, Brazil, and Cambodia.

“We really believe they’ll help,” said Klassen. “Nothing replaces quality teaching by a teacher with students in the classroom, but this will supplement that.”