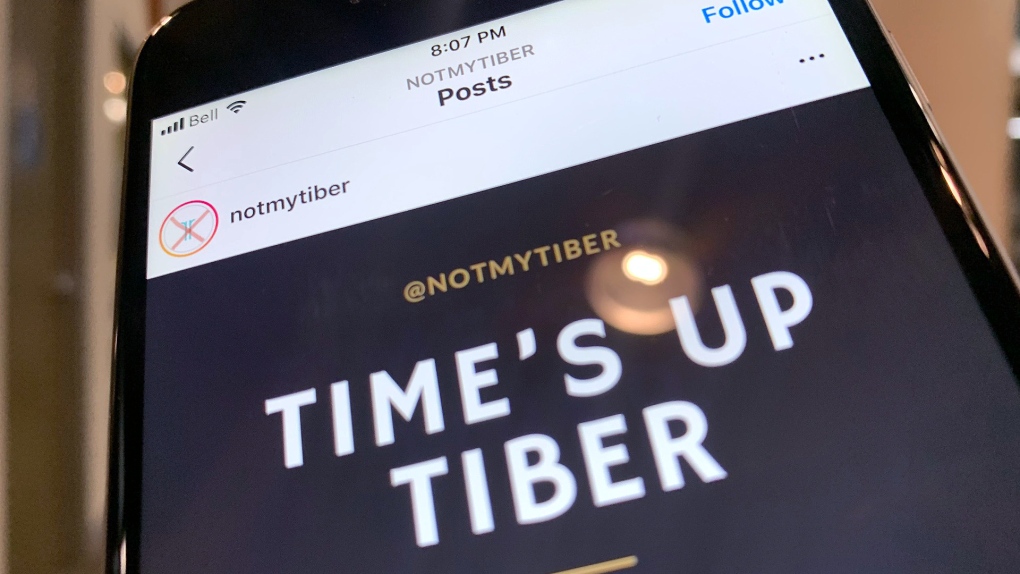 Dozens of former and current employees of Tiber River Naturals have been sharing their experiences at the company on an Instagram group called Not My Tiber. (Source: CTV News Winnipeg)

WINNIPEG -- Allegations of a toxic work culture at Tiber River Naturals in Winnipeg have prompted the company to hire an independent firm to launch a workplace assessment.

Dozens of former and current employees of Tiber River Naturals have been sharing their experiences at the company on an Instagram group called 'Not My Tiber.'

“We didn't realize that so many former and current staff members would come forward with their stories,” one of the Not My Tiber organizers, who was a past employee of the company, told CTV News.

The organizer requested to remain anonymous over fears of retaliation from their former employer.

The group has posted more than 100 allegations from unnamed past and present Tiber River Naturals employees.

A statement from Tiber River Naturals said the company is “disheartened and sorry” to hear of the complaints that have come to light on the Not My Tiber group.

The statement said it has hired an external human resources firm to conduct an independent workplace assessment, and said the company is committed to following its recommendations.

The statement is signed by Adriana DeLuca and Michelle Lalonde, the co-owners of Tiber River Naturals.

One of the organizers of the Not My Tiber group told CTV News the response does not address the issue.

“I don't believe we will see change coming from this,” they told CTV News. “I think it's really insulting and upsetting to see that they need a third party consulting firm to tell them that they need to apologize for abusing 50 plus employees.”

Manitoba's official opposition party says it is concerned there could be a “perception of bias” in the investigations into employment standard complaints against Tiber River Naturals.

“We have concerns about the perception of bias in these circumstances,” Wasyliw said, adding he would like to see Fielding get an outside agency to handle any employment standard complaints.

A spokesperson from the Finance Minister's office told CTV News that Fielding is not a shareholder or leaseholder of Tiber River Naturals and is not involved in the company's day-to-day operations in any way.

They said a land disclosure form from Fielding discloses leases on Tiber River locations, but they said this is in reference to Lalonde's financial interest in the leases, not his own.

The spokesperson said Fielding recently spoke with the province's Conflict of Interest Commissioner to “confirm that he has taken all the appropriate measures in light of the concerns raised on social media, including a full and formal recusal of any ministerial-level decisions regarding the labour practices of Tiber River Naturals.”