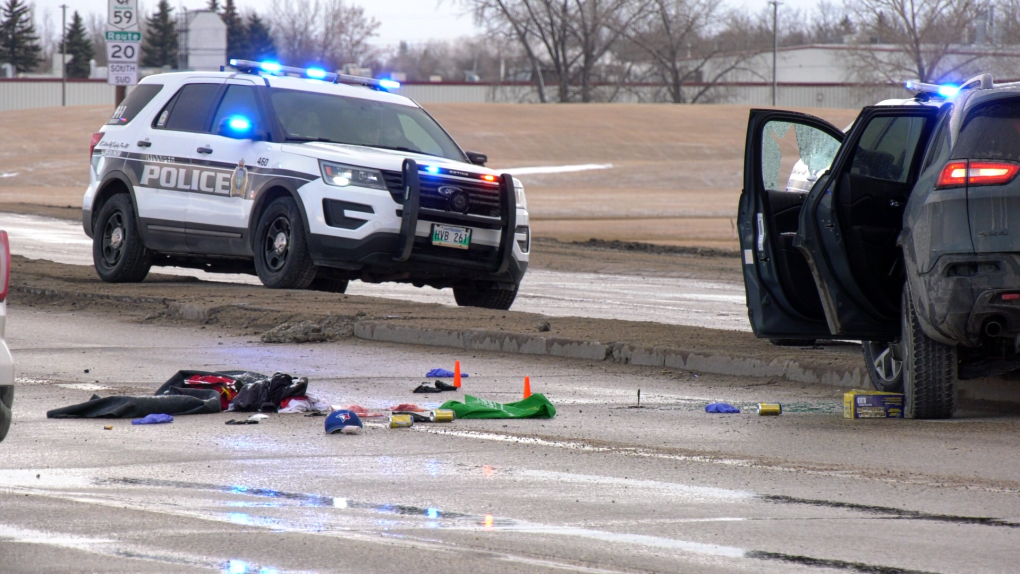 WINNIPEG -- Winnipeg police said one person was taken to hospital after an officer-involved shooting Wednesday evening.

Police said the shooting happened just after 5:30 p.m. at the intersection of Lagimodiere Boulevard and Fermor Avenue.

Thursay morning the Winnipeg police investigation continued to disrupt traffic. Lagimodiere Boulevard is closed to traffic in both directions south of Fermor Avenue.

"Police officers are trained quite well to try to take these situations and bring them under control as quickly as possible," said Const. Jay Murray, with the Winnipeg Police Service.

"Sometimes that involves the use of force, unfortunately. That’s what happened here. Officers are trained to use lethal force only if absolutely necessary."

Murray clarified that any time a gun is fired – that is considered lethal force. He said there is no update on the condition of the person in hospital, and the amount of information is limited.

He said a number of suspects have been taken into custody. 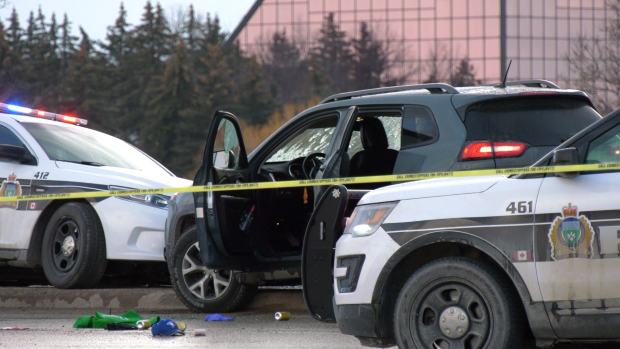 A number of vehicles surrounded by police tape could be seen in the area. One vehicle with its doors open was pushed up against a police cruiser. The front driver-side window appeared to have been smashed and items of clothing were strewn on the road.

A CTV viewer, who asked not to be named, told CTV News they had been driving by the scene just after the incident took place. They said they saw one person being put into a police vehicle and another person lying on the ground surrounded by a crowd of police officers.

"I looked over and there was a bunch of officers surrounding one person on the ground and they were performing CPR on the person." 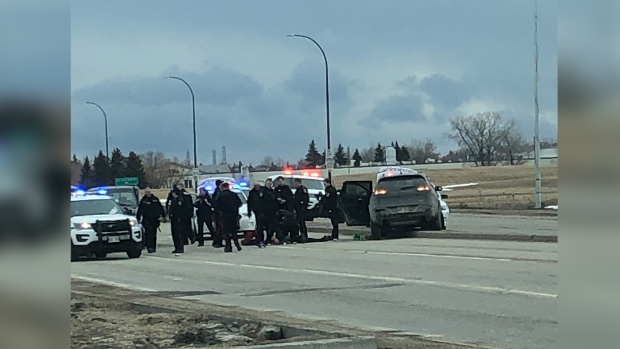 Police said multiple units, including the homicide unit, are investigating the shooting. The Independent Investigation Unit of Manitoba has been notified by police, Murray said.

Murray said police will provide further updates about the shooting on Thursday.