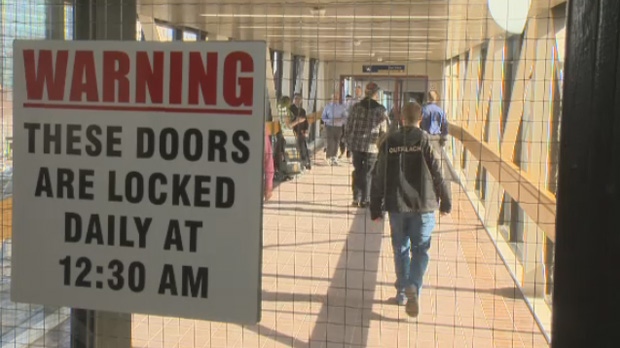 Winnipeg’s police chief says meth is a game changer, and recent calls police have had to respond to back that up.

"You know I know I'm starting to sound like a broken record when it comes to meth,” said Danny Smyth, chief of the Winnipeg Police Service, last Friday.

Following a police board meeting Friday, Smyth said six of the last seven homicides are likely tied to meth. He said three of four officer involved shootings, which have occurred just this year, are likely connected to the drug too.

"We're not off to a good start for the year," said Smyth.

"There would be virtually no shift where our members are on patrol where they’re not encountering an event that has some meth crossover to it.”

On Monday the service released video from a vehicle pursuit from last Thursday. Police say Air1 tracked a stolen vehicle driven by a home invasion suspect. Police says officers found a machete, ammunition and meth. A 19-year-old suspect has been charged with 10 counts, including assault causing bodily harm.

Marion Willis of St. Boniface Street Links is not surprised to learn about the calls for service linked to meth.

"We are bracing for a pretty intense summer on the meth front,” said Willis.

In its budget tabled last week, the province set aside $20 million for future agreements with Ottawa to battle mental health and addictions. There is also $2.3 million to target drug crimes including meth.