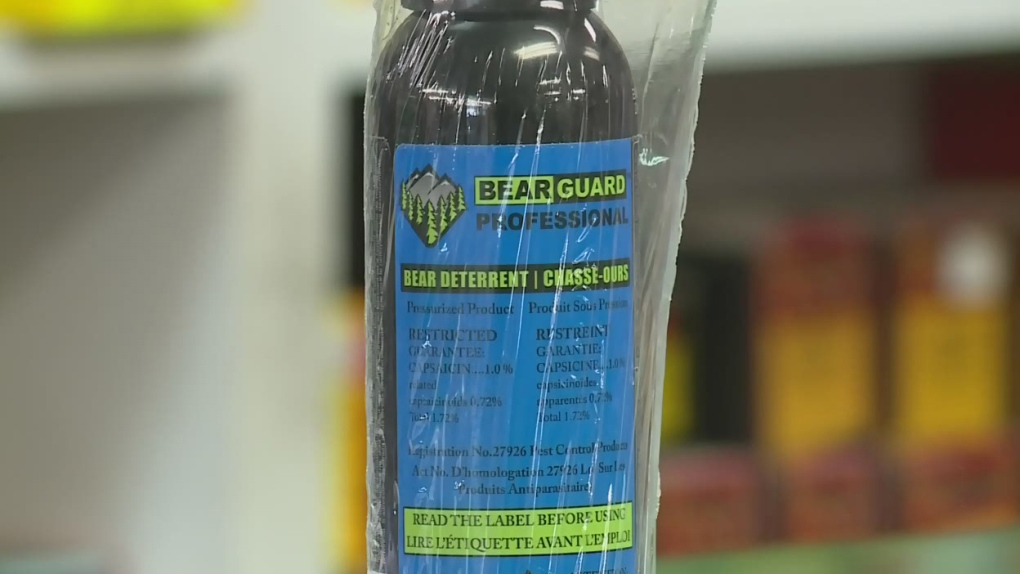 Undated CTV file image of a can of bear spray,

WINNIPEG -- Winnipeg police officers were sprayed with bear spray and contaminated with blood while trying to arrest a man wanted in connection with an aggravated sexual assault, police said Tuesday.

Police say the man was wanted in connection to a violent incident involving a female he knows in the Broadway – Assiniboine area on Oct. 5.

As officers got closer to the suspect, he ran away, arming himself with a can of bear spray.

Cops say while chasing the man officers were sprayed with bear spray. Police tried to use a Taser on the suspect, but it was ineffective.

AIR1, the police’s helicopter, was brought in and tracked the man as he ran through the Spence neighbourhood. Police say when he was finally stopped in the Ellice Avenue and McMicken Street area, he wouldn’t put down the bear spray and was “aggressive” toward the officers.

Two officers were hurt during a struggle to get the man in custody, and several were contaminated with the suspect’s blood. They now have to take antibiotics and antiretroviral drugs.

Police say they searched the man and seized what is believed to be meth.

The suspect is in custody, police say. None of the charges have been tested in court.

Officers say during the chase an ammunition magazine attached to an officer’s duty belt was damaged, which resulted in the loss of several rounds of ammunition in the 400 block of Sargent Avenue. Most of these rounds have been found, but a small number have not.

Police ask anyone who finds the ammunition to contact them.