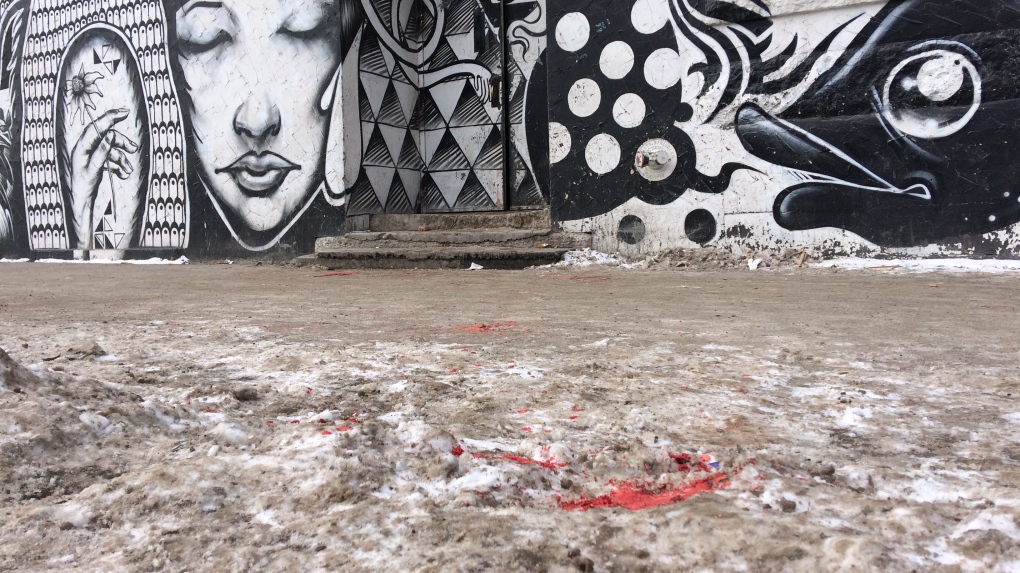 What appears to be blood can be seen outside of the New West Hotel on Main Street. (Source: Jamie Dowsett/CTV News)

WINNIPEG -- Winnipeg police said a suspect in a Jan. 7 assault threatened to hurt officers while he was being arrested at a hotel bar.

Just before 7:30 a.m. on Tuesday, police went to the hotel in 700 block of Main Street following a report that an injured man had walked in. When officers got to the scene, they found a 25-year-old man with stab wounds. He was taken to hospital and is in stable condition.

Around 1 p.m., police found a suspect inside the hotel bar. Police allege the man resisted the arrest and threatened to hurt the officers, while reaching for a knife that had been hidden. Shortly after, police were able to take him into custody.

Officers with the major crimes unit investigated, and police say the suspect and victim were in a fight outside the bar, when the victim was struck with an imitation gun and stabbed several times.

Officers searched a suite in the hotel and found an imitation gun and second knife.

Justin Tyler Daniel Dumas, 25, has been charged with a number of offences, including aggravated assault and assault with a weapon. He’s in custody.