One dead, two injured after shooting at downtown hotel 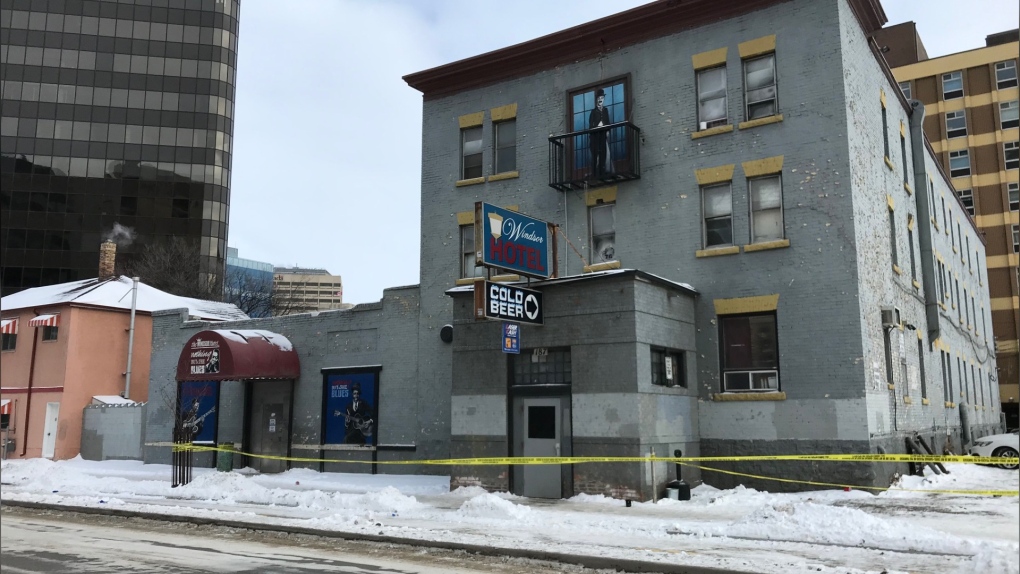 One person is dead and two are in hospital, after a shooting at the Windsor Hotel on Garry Street.

WINNIPEG -- One man is dead and two are in hospital, after an early morning shooting downtown at the Windsor Hotel on Garry Street.

Police received reports of gunfire around 3 a.m. Sunday. First responders found three injured men. They were all taken to hospital in critical condition, where one later died.

This is the city’s second homicide of 2020. On Saturday, police arrested a man in the death of a woman in St. Vital. She was found inside a home on Hindley Avenue Friday night. It’s not clear yet whether the two knew each other. Last year, there was a record breaking 44 homicides in the city.

Police have been called to the Windsor Hotel multiple times over the last few months. On Nov. 2 the Guns and Gangs unit arrested a 46-year-old man for drug and weapons possession. He was allegedly carrying cocaine, stolen OxyNeo pills, a loaded 9 mm handgun, an improvised firearm, five cell phones and around $7,600 in cash.

Days later, officers returned to the hotel and took a 55-year-old into custody, after finding methamphetamine, a .22 calibre rifle, an improvised firearm and ammunition. That same week, police received reports of gunfire at the hotel, after a dispute in the lounge. The suspect fled before officers arrived, but was later arrested and charged with assault with a weapon.

With files from CTV's Touria Izri