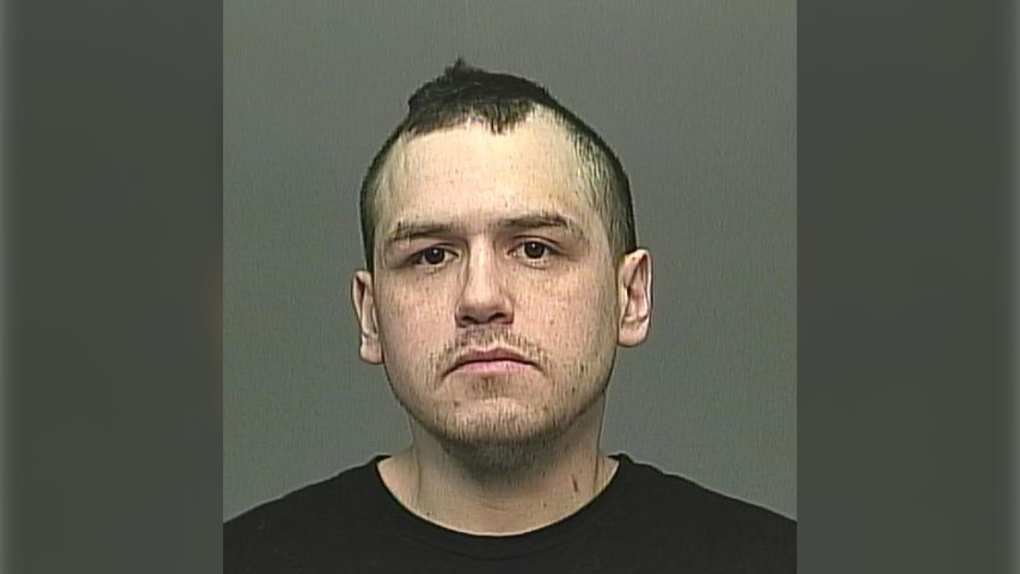 Winnipeg police have two warrants out for John Raven Ward in connection to an armed robbery in October. (Source: Winnipeg police)
WINNIPEG -

Winnipeg police have arrested and charged one man and are searching for another following an armed robbery in late October.

Police said on Oct. 20, officers were called to reports of an armed robbery at a financial institution in the 1300 block of McPhillips Street around 11:15 a.m. Investigators said a man went into the businesses and was believed to have a handgun. He then left with an undisclosed amount of cash and got into a waiting vehicle. No physical injuries were reported from the incident.

Sadowy is currently in custody and the charges against him have not been proven in court.

Police have also issued two warrants for 37-year-old John Raven Ward. He is wanted on firearms and robbery-related charges and also wanted for being unlawfully at large.

John is described as five-foot-eight with auburn hair and brown eyes.