One person dead after fatal crash on Disraeli Freeway 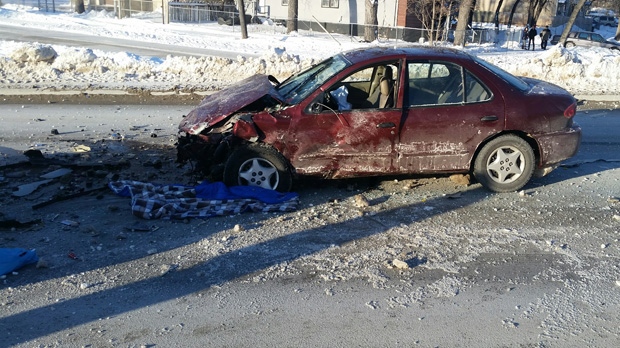 A 33-year-old woman was transported to hospital in critical condition and later died of her injuries. (Ian Dowhos/CTV Winnipeg)

One person is dead following a fatal two vehicle crash on the Disraeli Freeway near Argyle Alternative High School.

Around 2:45 p.m. on Wednesday, Winnipeg police said a Saturn SL1 was travelling northbound on the freeway when it crossed over the centre median and was struck by a southbound Chevrolet Cavalier.

The driver of the Cavalier was treated for minor injuries.

The investigation is ongoing and police ask anyone with information on the crash to contact them at 204-986-6271.