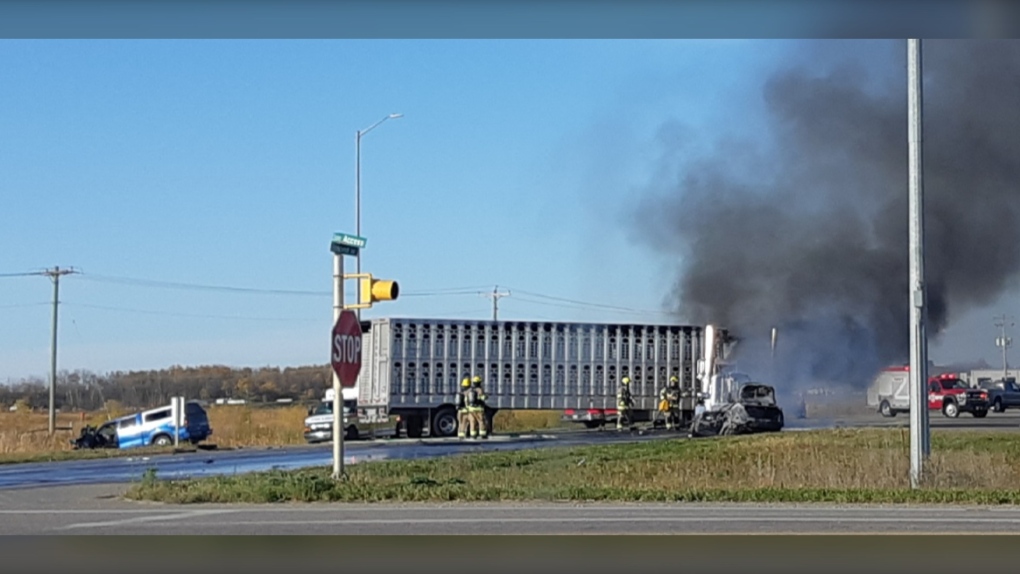 One person is dead and another is injured after a three-vehicle crash in Brandon that involved a semi.

Brandon police said officers were called to the crash around 9:45 a.m. to the intersection of Richmond Ave E. and PTH 110 near the Maple Leaf plant in Brandon.

Sgt. Kirby Sararas said a semi truck and two other vehicles – a truck and a car – were involved in the crash.

She said the person driving the car was pronounced dead at the scene while the truck driver, a 63-year-old man, was taken to hospital with non-life-threatening injuries. The 22-year-old man driving the semi was uninjured.

Police added the when officers arrived, the semi was engulfed in flames.

Police said on Twitter that officers have blocked the intersection to eastbound traffic from 17 Street E and north and southbound traffic on PTH 110 and it is anticipated the area will be closed for most of the day.

If people need to get around the crash, they are being told to take Patricia Ave E and then travel north on either 49 Street E or 65 Street E.

Police continue to investigate the crash.