One person dead from salmonella linked to dog treats 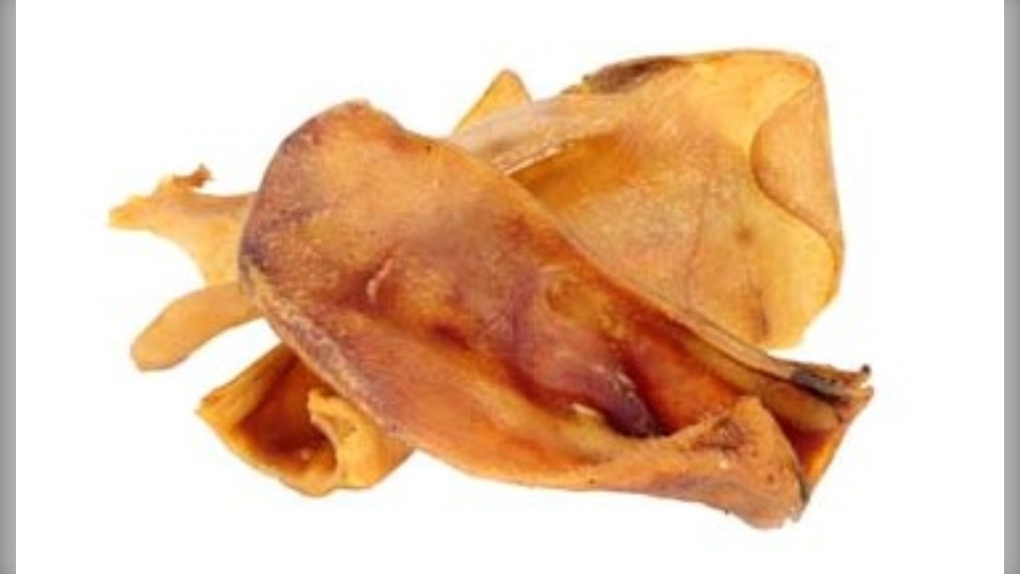 WINNIPEG -- One person is dead and several others were hospitalized due to an outbreak of salmonella, which has been linked to two brands of dog treats.

According to a public health notice from the Government of Canada, it has identified pig ear dog treats as the source of the outbreak, as some of the people who became sick reported feeding their pets Paws Up! and Western Family brands of the pig ear dogs treats. These two brands are sold at Canadian Tire and Save-On-Foods.

On Sept. 29, the supplying company Masters Best Friend issued a notice to stop the sale of these brands of pig ear dog treats, which are sold nationally.

The government noted that there have been eight confirmed cases of salmonella linked to these treats: five in British Columbia, two in Alberta, and one in the Yukon.

These people became sick between late February and early August 2020. Three people were hospitalized and one person died.

Anyone can become sick with salmonella, but kids aged five and under, older adults, pregnant women, and those with weakened immune systems are most at risk. Symptoms usually start six to 72 hours after exposure and last four to seven days. These symptoms include fever, chills, diarrhea, stomach cramps, headaches, nausea,and vomiting.

The government is advising Canadians to not feed their pets Paws Up! and Western Family brands pig ear dog treats. They are also reminding people to wash their hands after handling dog treats and to sanitize any areas that come into contact with the treats.