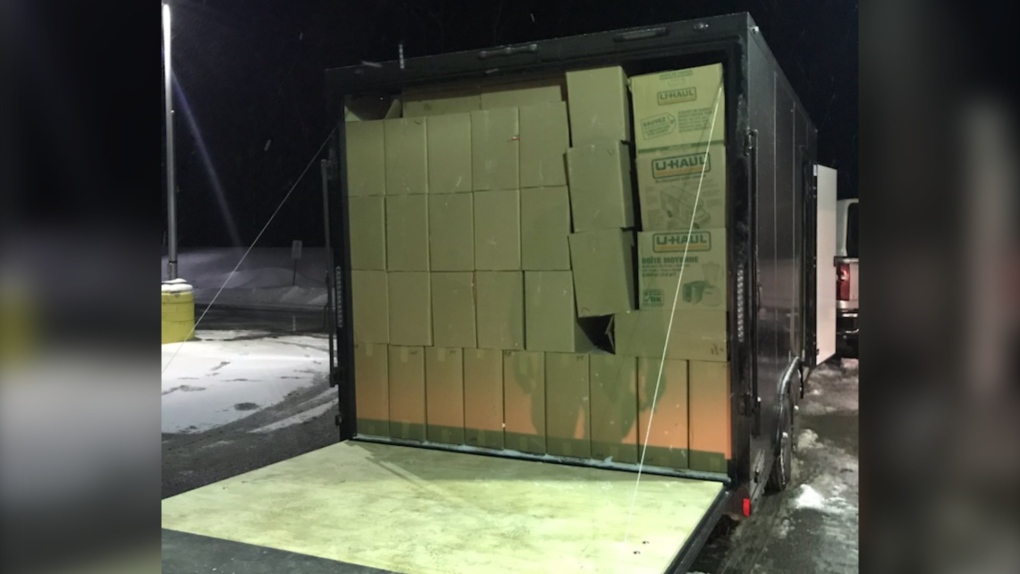 During a traffic stop on Nov. 29, 2020, OPP said officers found 12,750 cartons of unmarked cigarettes, along with an undisclosed amount of Canadian money. (Source: Ontario Provincial Police)

WINNIPEG -- Ontario police have charged a Winnipeg man for allegedly trafficking more than 12,000 cartons of cigarettes.

The Ontario Provincial Police (OPP) said officers conducted a traffic stop on Sunday afternoon along Highway 11-17 in the Shuniah Township which is located northeast of Thunder Bay.

During the traffic stop, OPP said officers found 12,750 cartons of unmarked cigarettes, along with an undisclosed amount of Canadian money. Officers seized the money and the cartons of cigarettes.

Daniel Deschamps, a 46-year-old man from Winnipeg, is facing charges of trafficking contraband tobacco and possession of proceeds of property obtained by crime over $5,000.

OPP said the man was released and is scheduled to appear in Nipigon Ontario Court in March 2021.