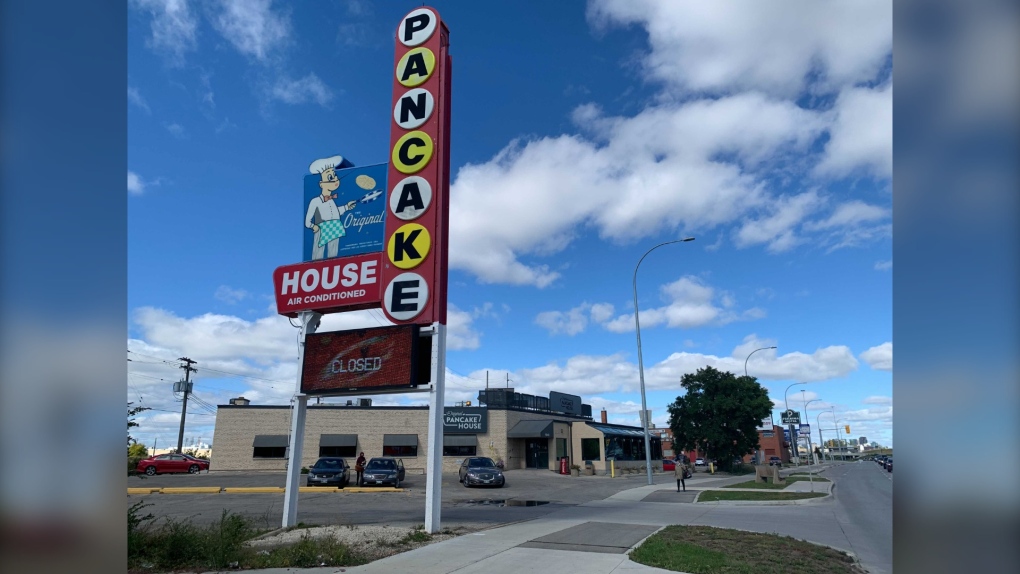 A restaurant that has been in operation in Winnipeg for 63 years is no more.

The Original Pancake House confirmed to CTV News that its location on the Pembina Highway has closed, and the land and building have been sold.

The restaurant has been running in its location since 1958.

"The building was not on the market, it was someone that knocked on our door and made us an offer and we mulled it over, and it just was the right decision at the right time," said Terry Friesen, the restaurant's operations manager.

Friesen said the staff will be offered positions at the other Pancake House locations in Winnipeg.

"I can't imagine there's ever another time that I have room in all my stores to move a whole store's worth of staff to the other stores, but, you know, that's part of the COVID labour situation right now. So that's really good for me to be able to go to my staff and say, 'Hey, I've got another job for you.'"

Later on Friday, Vic’s Fruit Market confirmed it has purchased the space. Owner Scott Schriemer said the plan is to build a larger store in the area.

Schriemer said the current building will have to be demolished for his new business.

“It has served them well over the years, but everything at some point in time needs an upgrade. So that one will come down the new one will go up,” he said.

“All I can say is, for the residents of Winnipeg, look forward to a bigger, brighter, brand new Vic’s that is going to continue to serve the community for years to come.”

-With files from CTV's Jon Hendricks

A series of studies led by Dutch researchers have found that avoiding the news during the pandemic was correlated with better mental well-being.

A small, angular rock that one Canadian physicist says looks like a chunk of black cheese has the potential to help scientists understand how the early solar system formed.