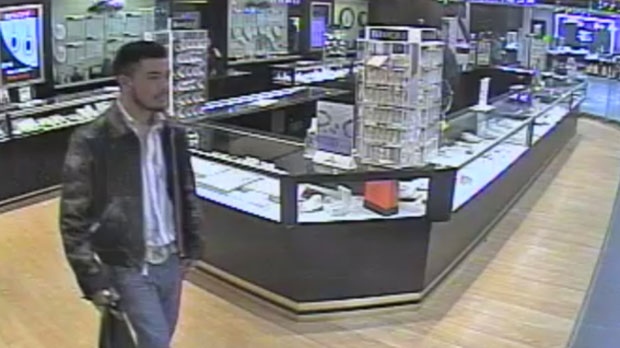 Three stores in the Shoppers Mall in Brandon were defrauded Saturday of over $25,000 in jewelry and electronics by two men using stolen credit cards.

Diamond rings, Apple iPads and Apple Watches were among the items obtained.

Staff at the businesses described both men as having French accents and claiming to be from Montreal.

Staff members told police the two were in and out of stores very quickly, and explained their cards were not working properly. They instructed staff to manually enter their card numbers.

The men provided identification. However, police said no copies were made by staff.

Staff said the names given to them by the men were Lukas Roger-Jimenez , Inti Falero, Inti Delgado, and Sabastian Delgado.

They are asking the public for help in locating the two subjects. Anyone with information should contact police or Crime Stoppers at 204-727-8477.