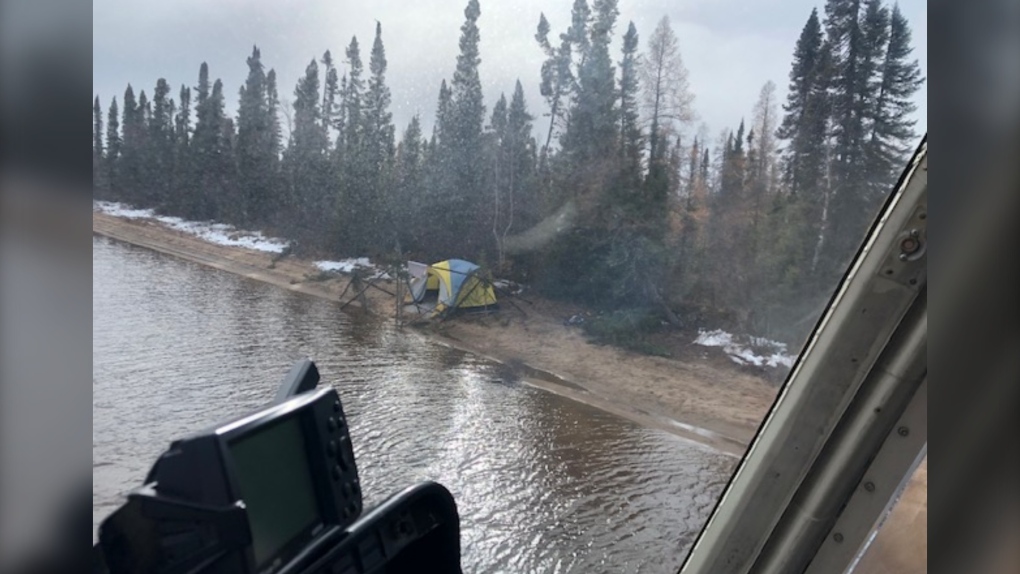 The camp set up on the shore of Mosquito Lake. (Source: Manitoba RCMP)

WINNIPEG -- A helicopter search in Northern Manitoba for a hunting party that included a 12-year-old and a 16-year-old was successful, RCMP said Wednesday afternoon.

All four hunters were found in good health and have returned to their families in Gods River, the Mounties said, sharing a photo of a camp set up on the shore of Mosquito Lake.

The search for the hunting party began after a float plane that was scheduled to pick them up on Oct. 11 was prevented from landing by poor weather conditions.

They had been dropped off in the area of Mosquito Lake on Oct. 8.

“They packed, basically, supplies for a two or three day trip. And now this is obviously looking like it’s been a week,” Const. Julie Courchaine with the Manitoba RCMP told CTV News before the hunters were found.

Courchaine had said with no cabins in the area the hunters were in, the weather was also a concern because the hunters were sleeping in tents. Temperatures in the region hovered near the 1 C mark Wednesday and were expected to dip below freezing overnight. They were also without a satellite phone and police had no means to reach them.

Courchaine said the float plane attempted to go back to pick the hunters up, but ended up stranded between God’s Lake and Mosquito Lake due to the weather. That’s when a helicopter was called in, and it was from that aircraft that Mounties based in Gods Lake Narrows found the hunters.

Gods River and Mosquito Lake are located in northeast Manitoba.