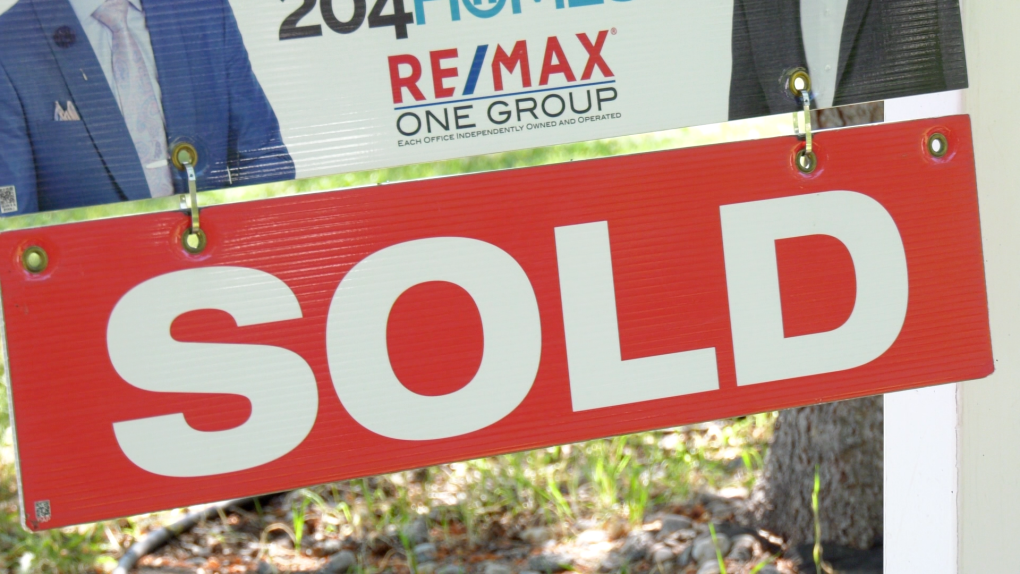 A house with a sold sign in Winnipeg is pictured on August 11, 2020 (CTV News Photo Scott Andersson)
Winnipeg -

Winnipeg’s red-hot resale market and a lack of demand for new homes have led to evidence of overheating in the city’s real estate sector, according to Winnipeg’s latest quarterly Housing Market Assessment by the Canada Mortgage and Housing Corporation (CMHC).

The report found the city’s sales-to-new listings ratio dipped just below the threshold between March and September of 2021. This came on the heels of a sharp upward trend above the threshold from January to March 2021, which triggered overheating.

According to the report, resales in the city have seen historically strong growth, while new listings have not kept the same pace – a trend that started in the second half of 2020. New listings remained below historical averages for this time, as well.

According to CMHC, this has created a sellers’ market.

“You know, there are lots of different reasons why there could be hesitation for new listings in a pandemic. We’ve seen some people hesitant to relocate during a pandemic, so they might just be waiting out on listing a house that they typically would have listed if the pandemic hadn’t happened,” said Heather Bowyer, CMHC senior analyst.

She noted, however, the supply issue could be lifted in the coming months.

“On the other hand, we are seeing some increased supply in the new home market, which could translate into more move-up buyers deciding to list in the resale market to move up to the new home market, so this could potentially lift some of the supply issues going forward once these units reach completion.”

The report also found “considerable” price growth in recent months led to evidence of price acceleration for Winnipeg homes. High demand for resale homes put pressure on the average housing price, creating a 14 per cent increase on a year-over-year basis, making it the second consecutive quarter in Winnipeg with double-digit price increases.

According to the CMHC, single-family homes continue to have the highest demand and have seen the highest price increases. Over the same period, the Canadian Real Estate Association’s benchmark price for single-income family homes increased by 16 per cent.

Other key findings of the report – Winnipeg’s housing market saw a low degree of market vulnerability, and overvaluation and excess inventories continue to show low evidence of imbalances.