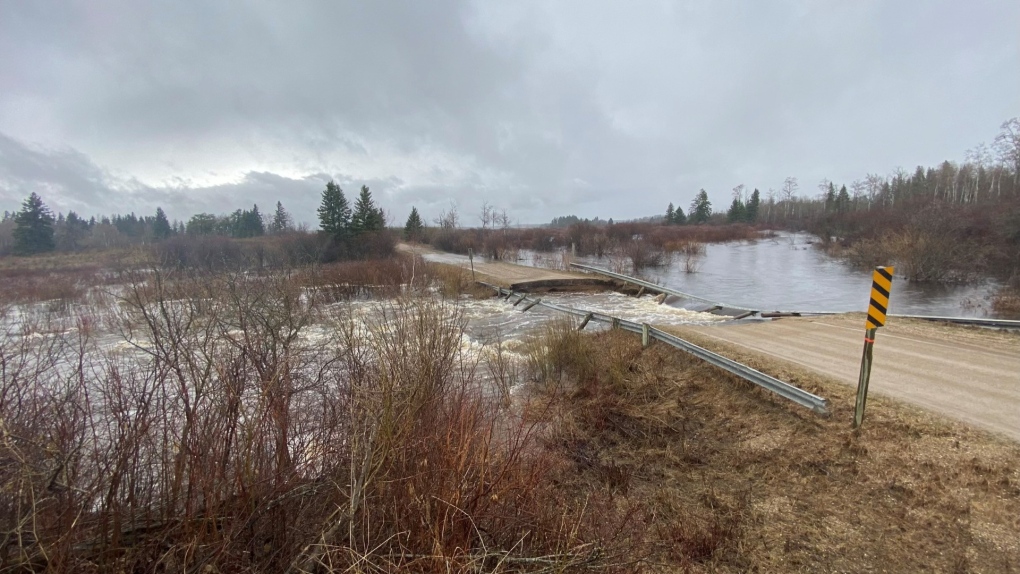 Supplied image of the collapsed road.

A road is closed in Manitoba’s Riding Mountain National Park on Tuesday after collapsing from flooding.

According to a road condition report from the park’s duty officer, the Lake Audy Road is closed until further notice due to overland flooding.

An image of the road shows that it is collapsed and covered in water.

On Monday, the Manitoba government issued an overland flood watch for the southern and central parts of the province.