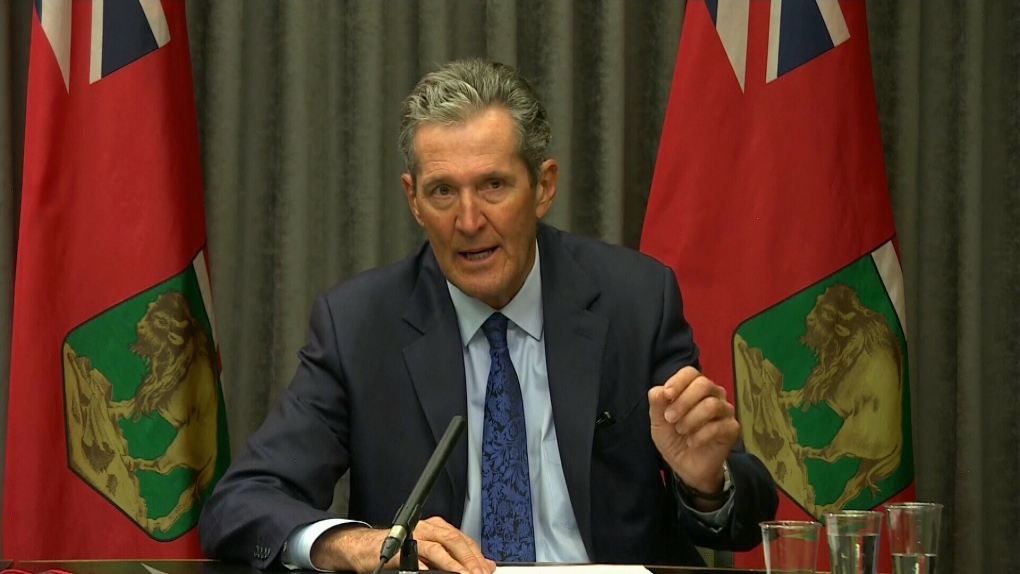 WINNIPEG -- A plan for how and when Manitobans can get some aspects of pre-pandemic life back is in the works.

Premier Brian Pallister hinted Monday that a plan, similar to the roadmap to recovery recently released by the Saskatchewan government, is in the works, and could be ready in a few weeks.

“We have a project that's been underway for some time that we're going to be releasing to the public to put some hope in the window,” the premier said.

Last week, the Saskatchewan government released a roadmap to reopening for the province. The plan has three steps, and would occur three weeks after the province hits a vaccination milestone.

The first step would happen three weeks after 70 per cent of people 40 and older get their first vaccine dose and vaccine eligibility is 18 plus. At that time, restaurants and bars can have six people at a table, places of worship can go to 30 per cent capacity, and 10 people can gather both inside and outside of homes.

Saskatchewan expects to hit step one by the end of May.

During his COVID-19 update on Monday, Dr. Brent Roussin, the province’s chief provincial public health officer, spoke about what a plan for Manitoba would look like.

Roussin said the plan would be similar to Saskatchewan and linked to vaccination rates, including both first and second doses.

“But we can't rely exclusively on that,” he said. “We're going to have to have things tied on there, related to hospital capacity and demand, as well as our epidemiology, so there's something that we're working on right now.”

On Monday, Manitoba reported 502 new COVID-19 cases. Four new deaths were reported, bringing the total to 997 since the pandemic started.