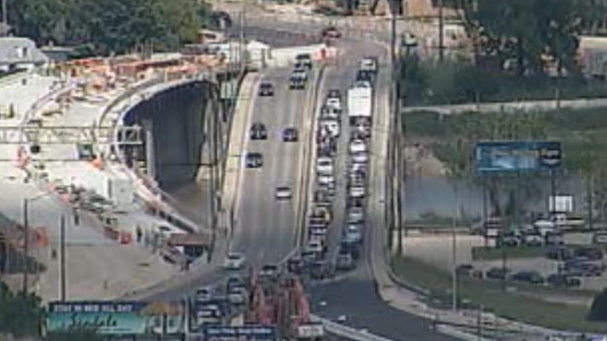 The new overpass on the Disraeli Bridge is scheduled to open to northbound traffic starting on the afternoon of June 23.

Drivers will be able to use northbound lanes of the new Disraeli Overpass beginning on Saturday afternoon.

The city says motorists will be able to drive over the new northbound overpass before crossing over the existing bridge. Southbound traffic remains unchanged.

Officials say construction is on schedule and sticking to its $195 million budget. This project is a public-private partnership known as P3, says the city.

“The Disraeli Bridges project demonstrates the value P3s provide for taxpayers,” said Mayor Sam Katz in a media release. “Winnipeggers are getting good value for their money and the project is coming in on budget and on time.”

Officials say construction will continue through the summer and fall and is expected to wrap up in October.