Parts of Manitoba to be hit by heavy snowfall 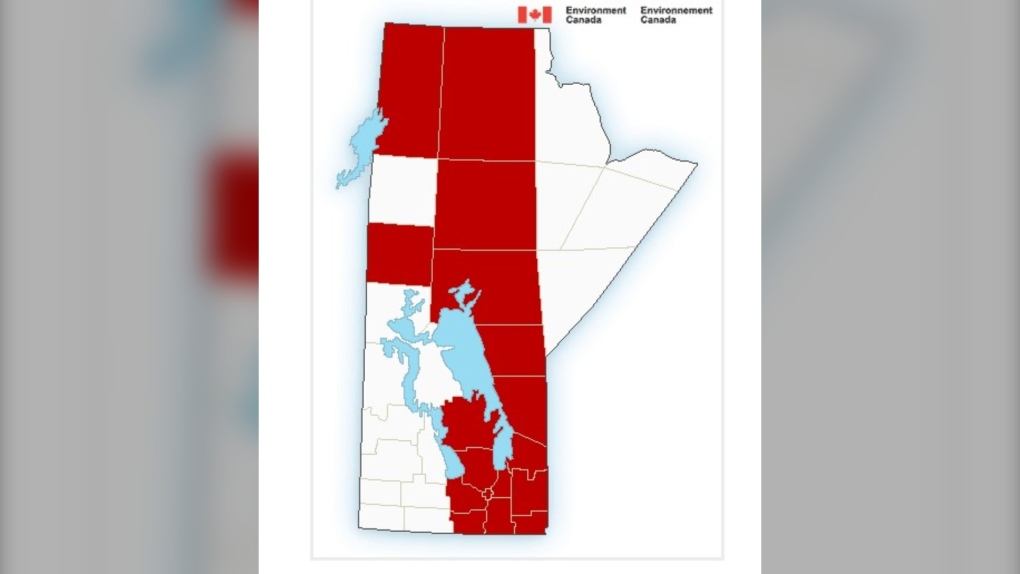 WINNIPEG -- Much of Manitoba’s east side, including the city of Winnipeg, is under snowfall warnings Thursday morning.

A slow moving low pressure trough will give snow to Manitoba over the next couple of days.

In the Red River Valley and Interlake, freezing drizzle will transition to snow this morning, with up to 10 centimetres Thursday, followed by another five to 10 centimetres during the evening and a few more on Friday.

In southeastern Manitoba, near the Ontario border, precipitation will fall mainly as rain, but freezing rain is likely for several hours during the evening before transitioning to snow. Snow will continue all day Friday, with totals of 10 to 20 centimetres.

Snow will push northward from Norway House to Thompson, Brochet, and Tadoule Lake on Thursday, lingering through Friday and into Saturday as it gradually shifts towards Island Lake, Gillam, Shamattawa and Churchill. Snowfall warnings may also be required for these latter communities at some point in the next day or two.

Total snowfall amounts of 15 to 25 centimetres are likely east of the Red River Valley and through central and northern Manitoba. Amounts will taper down as you go west from the Red River with little in the way of new snow forecast for Brandon.