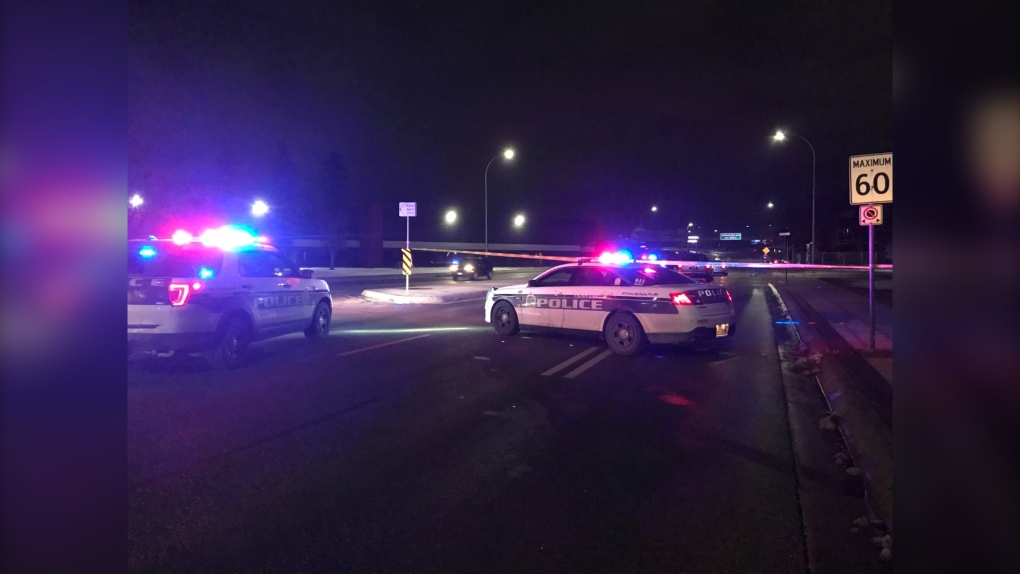 WINNIPEG -- Police said a pedestrian was taken to hospital in critical condition Wednesday night after they were struck by a taxi on the Disraeli Freeway east of Henry Avenue.

Officers said they were called to the crash around 8 p.m.

A Duffy’s taxi could be seen within police tape that cordoned off the area around 9 p.m.

Police told CTV Winnipeg the pedestrian was not using a designated crosswalk at the time of the collision.

They said they did not anticipate any charges would be laid.

Northbound traffic was diverted away from the scene.

The pedestrian remains in hospital in critical condition.

This is a developing story. CTV Winnipeg will update this story as new information is received.