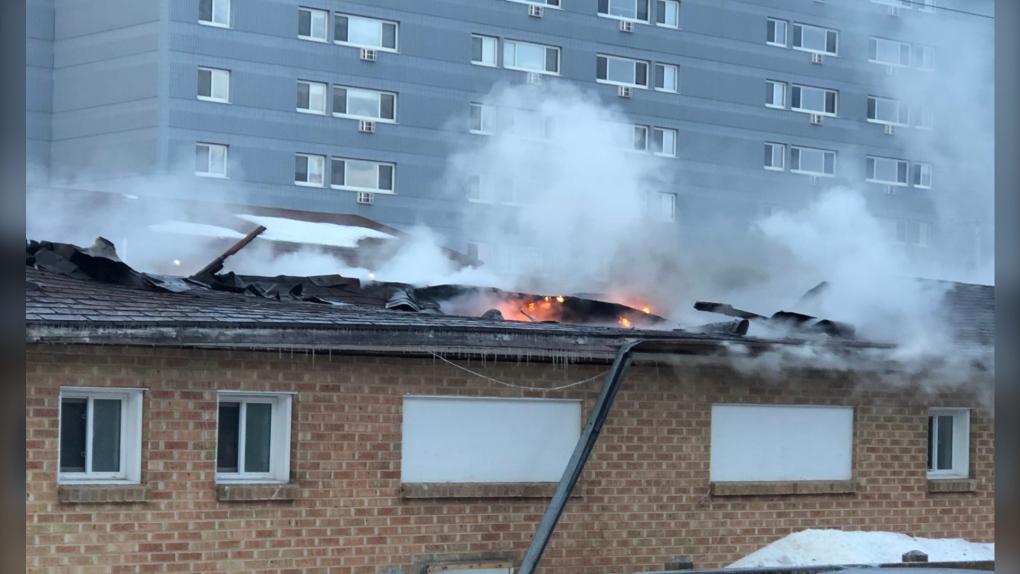 WINNIPEG -- style="margin-top:0cm;margin-right:0cm;margin-bottom:13.5pt;margin-left: 0cm;line-height:21.0pt"> A motel in the 1800 block of Pembina Highway went up in flames on Wednesday morning.

The Winnipeg Fire Paramedic Service was called to the fire at the Capri Motel at 6:10 a.m. Once on scene, they found heavy smoke and flames coming from the building.

Firefighters initially attacked the flames from inside the structure, but as conditions deteriorated they were forced out. Fire crews then used a chainsaw to cut through the roof and release harmful gases and smoke, which allowed them to go back inside.

The flames extended through the wood frame attic, with the assistant fire chief describing the fire as “rather stubborn.”

Some people inside the hotel got out before fire crews arrived, and everyone else was evacuated with help from firefighters. Fire crews helped save one cat, though a second one is still missing. No people were hurt.

No one in the nearby apartment building has been evacuated.

- With files from CTV's Alex Brown.