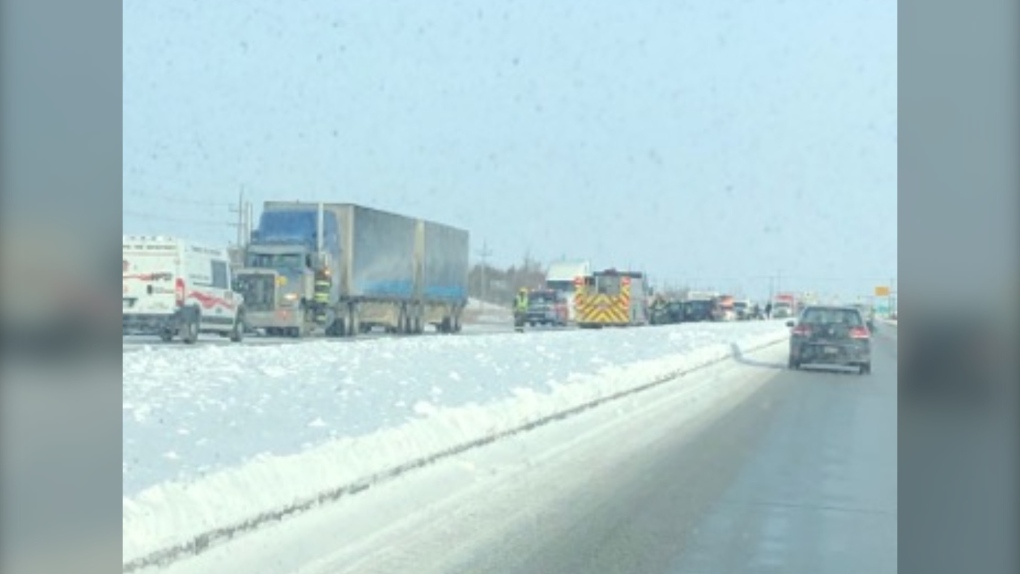 WINNIPEG -- RCMP said Winnipeg’s Perimeter Highway is opening back up after a multi-vehicle crash involving a semi and a tow truck forced part of the highway to shut down.

Early Sunday afternoon, RCMP were called to the south perimeter highway near St. Anne’s Road for a multiple vehicle collision.

AnRCMP spokesperson said a tow truck was struck by a semi-tractor trailer while the tow truck was pulling another vehicle from the ditch. Four other vehicles were reported to be involved in a chain reaction of collisions as a result.

The RCMP did not confirm how many but people were taken to hospital or the extent of the injuries.

According to officers, the roads were icy at the time of the collision.

The investigation is ongoing and a traffic analyst is on scene.