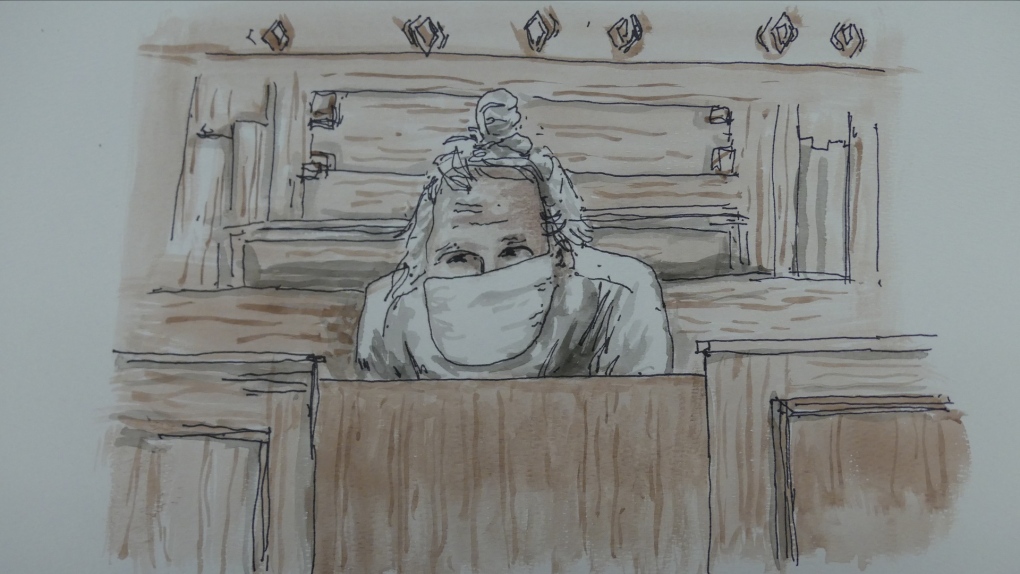 A courtroom sketch shows Canadian fashion mogul Peter Nygard during an appearance at the Manitoba Court of Queen's Bench on Dec. 15, 2020. Nygard was arrested in Canada under the Extradition Act after being indicted in the United States on nine counts, including racketeering and conspiracy to commit sex trafficking. None of the charges have been proven in court. (Image source: James Culleton )

WINNIPEG -- Winnipeg fashion mogul Peter Nygard has officially applied for bail, two weeks after being arrested under the Extradition Act.

The official application was filed on Thursday, and it will be heard in the Manitoba Court of Queen’s Bench at 10 a.m. on Jan. 6, 2021.

Nygard was arrested on Dec. 14 in Winnipeg. He has been charged with nine counts in the Southern District of New York, including racketeering conspiracy, sex trafficking of a minor, conspiracy to commit sex trafficking, and two counts of transportation for purpose of prostitution.

None of the allegations against Nygard have been tested or proven in court. He has remained in custody since his arrest.

Nygard stepped down from his company in February after the FBI and New York City police raided his headquarters in New York.

He has been accused by 57 women in a class-action lawsuit of rape, sexual assault, and human trafficking, which was stayed this summer.

The lawsuit alleges the women, who are not named, were brought to Nygard's offices and properties with promises of modelling or other career opportunities. Some allege they were given alcohol spiked with drugs before they were sexually assaulted.

Two women allege they were as young as 14.

The women are asking for a trial by jury and are seeking yet-to-be-determined damages.

Two of Nygard's sons filed a separate lawsuit against their father claiming they were statutorily raped at his direction when they were teenagers. The sons say Nygard arranged for a woman to have sex with them.

Through a representative, Nygard has denied the claims in both lawsuits.

-With files from The Canadian Press, and CTV’s Danton Unger, Jill Macyshon, and Jeff Keele.