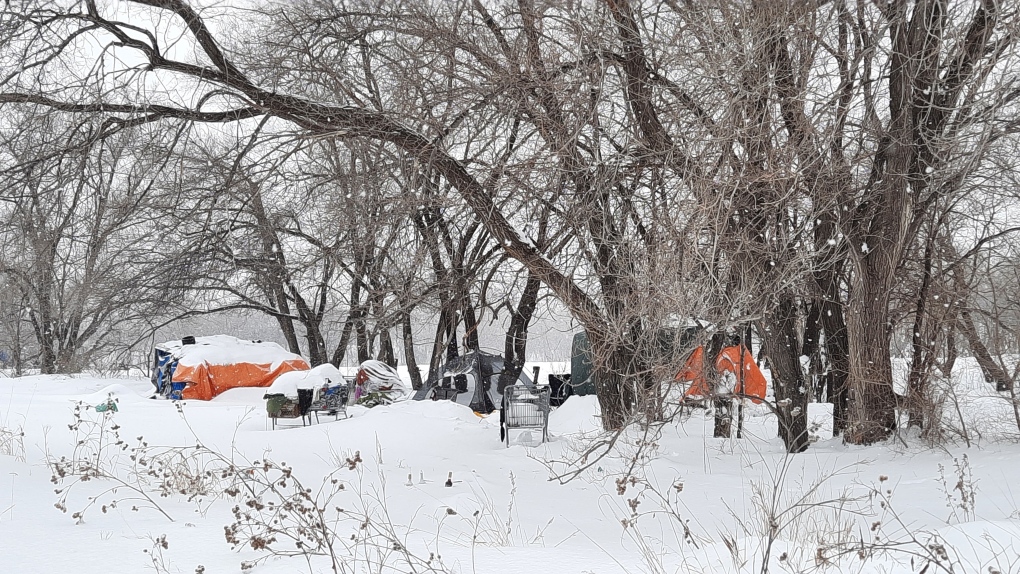 A new pilot program will see fire barrels delivered to homeless encampments in Winnipeg to prevent fire-related injuries or deaths among the city’s most vulnerable population.

The city has purchased 15 200-litre steel drums that will be distributed through various community partners.

“People use fires for warmth this time of year and we are just trying to put measures in place to help with maintaining those fires, isolating them and preventing sparks from spreading to their shelters,” said Scott Wilkinson, assistant chief of fire prevention and public education with the Winnipeg Fire Paramedic Service.

The dangers are real. In February of 2021, an explosion and fire at an encampment on Higgins Avenue left one person dead. At the time, the city said it is believed the explosion was caused by aerosols igniting.

Last year Wilkinson said the WFPS responded to 181 fires at encampments, but the majority were small and intentional in nature, and reported by people passing by.

“Only a small number are actually fire spread issues but even that small number can lead to injury,” said Wilkinson.

Despite the fact that fires in the encampments are not permitted under city by-laws, Wilkinson said those have been waived knowing that fires are going to be used anyways during the winter.

The decision on who get a burn barrel was decided through community agency consultation with residents of the encampments.

The pilot program’s goal is to reduce injuries and prevent death. The program runs until the spring time when the barrels will be collected.

The barrels cost the city just over $1,000 and then there is the labour associated with preparation and distribution.

Wilkinson said data and community feedback will be analyzed to see what the next steps are for the program going forward.

“This is a harm reduction measure for our vulnerable population. It’s a small step, but hopefully it’s a step that will benefit the residents of the encampments,” Wilkinson said.

U.S. authorities on Monday announced the discovery of a major drug smuggling tunnel -- running about the length of a six football fields -- from Mexico to a warehouse in an industrial area in the U.S.