Plane crashes in whiteout conditions after taking off from Island Lake; pilot treated for minor injuries 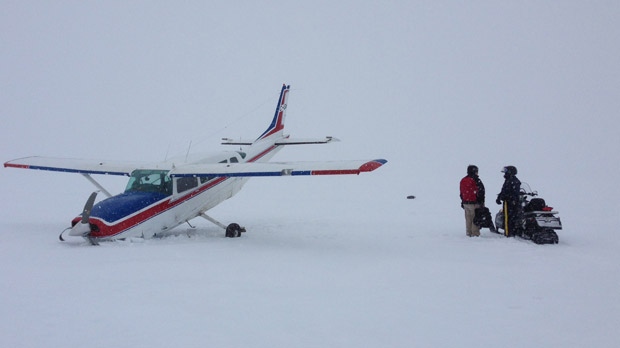 The plane crashed near a winter road in the Island Lake, Man. area on April 3, 2013. (image courtesy Island Lake RCMP)

A 26-year-old pilot survived a crash on April 3 near Island Lake, said RCMP.

Around 3 p.m., Island Lake RCMP were notified that an aircraft emergency locator transmitter had been activated. That triggered a response from RCMP, which included vehicles, snowmobiles and a helicopter.

RCMP searchers on snowmobiles found the downed aircraft about two miles off a winter road.

The aircraft had taken off from Island Lake in northeastern Manitoba and had been in the air for a few minutes before crashing in whiteout conditions, said RCMP.

The 26-year-old pilot from Red Deer, Alta. was taken to Garden Hill Nursing Station for treatment of minor injuries. No passengers were on board.

The plane was operated out of Sandy Lake, Ont.

The Transportation Safety Board of Canada has been contacted. RCMP also continue to investigate.