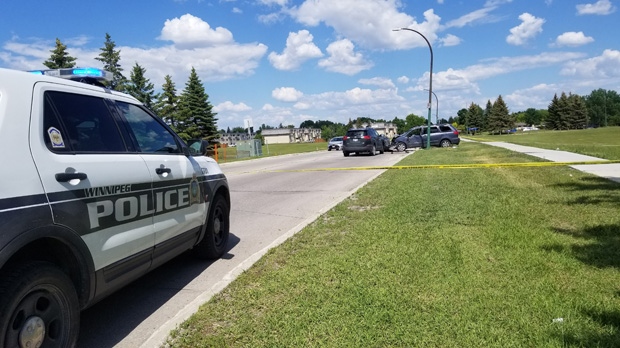 WINNIPEG -- A Winnipeg mother who was driving when her vehicle crashed, killing her five-year-old child and injuring two other toddlers, is now facing charges after police say she was allegedly speeding and did not have a full driver's licence.

The crash happened more than a year ago on the afternoon of June 19, 2019. Police said two vehicles collided on Dalhousie Drive between Pembina Highway and Rochester Avenue/Baylor Avenue.

At the time of the crash, police said children must be in an appropriate car seat until they’re at least nine years old or at least 145 centimeters in height and or 36 kilograms in weight according to Manitoba law.

On Monday, Winnipeg police gave an update on the investigation into the crash, saying it is believed the driver of the vehicle had tried passing a vehicle at 60-70 km/h in a posted 50 km/h zone.

"The driver encountered oncoming traffic and subsequently lost control, causing a collision with an eastbound vehicle," police said in a news release.

Police said a 27-year-old Winnipeg woman, who is the mother of the children who were in the vehicle, was arrested on Sunday and is facing charges including:

The charges against her have not been proven in court.

Police said she was released on a Provincial Offences Act Appearance Notice, though a court date was not listed.

-with files from CTV's Rachel Bergen