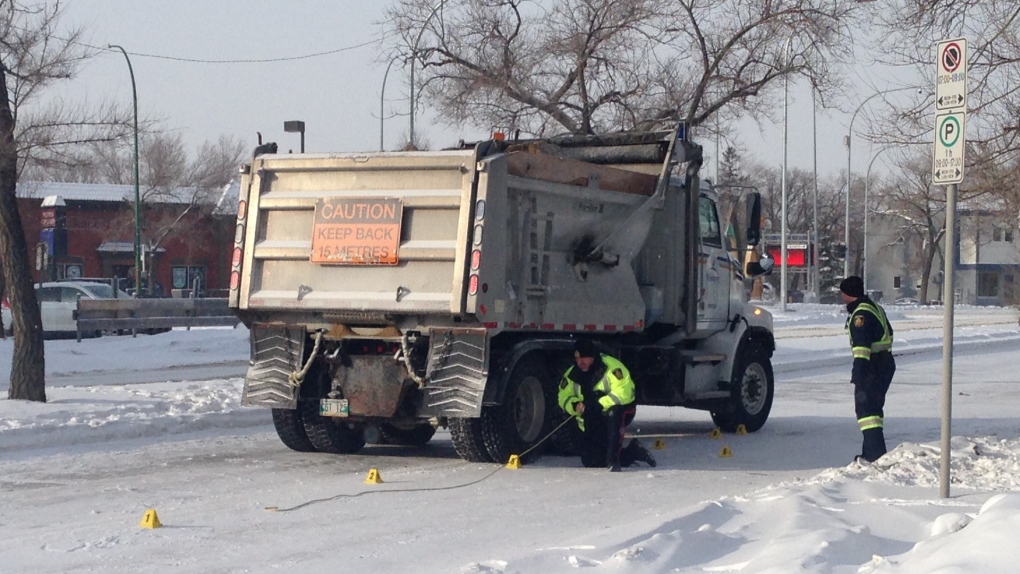 One person has been taken to hospital in unstable condition after a collision in the Glenwood area, along St. Anne's Road in Winnipeg on Jan. 15, 2020. (Source: Scott Andersson/ CTV News Winnipeg)

WINNIPEG -- A woman was taken to hospital in unstable condition after a pedestrian collision in the Glenwood area, along St. Anne's Road.

Police said it happened around 11:30 a.m. Wednesday at the intersection with Clonard Avenue, which is just south of the St. Mary’s Road junction.

The northbound lanes along St. Anne's Road were closed from St. Mary's Road to Stranmillis Avenue.

Police were on the scene Wednesday afternoon, placing evidence markers around a City of Winnipeg sanding truck.

On Thursday Winnipeg police said the woman remained in hospital.

They said the driver involved remained at the scene and the cause of the collision is under investigation.

Officers with the traffic division are investigating. Police ask anyone who may have witnessed the crash, or anyone with information, to call 204-986-7085 or submit a tip through Crime Stoppers.

CTV News has reached out to the city for comment.

-With a file from CTV's Megan Benedictson