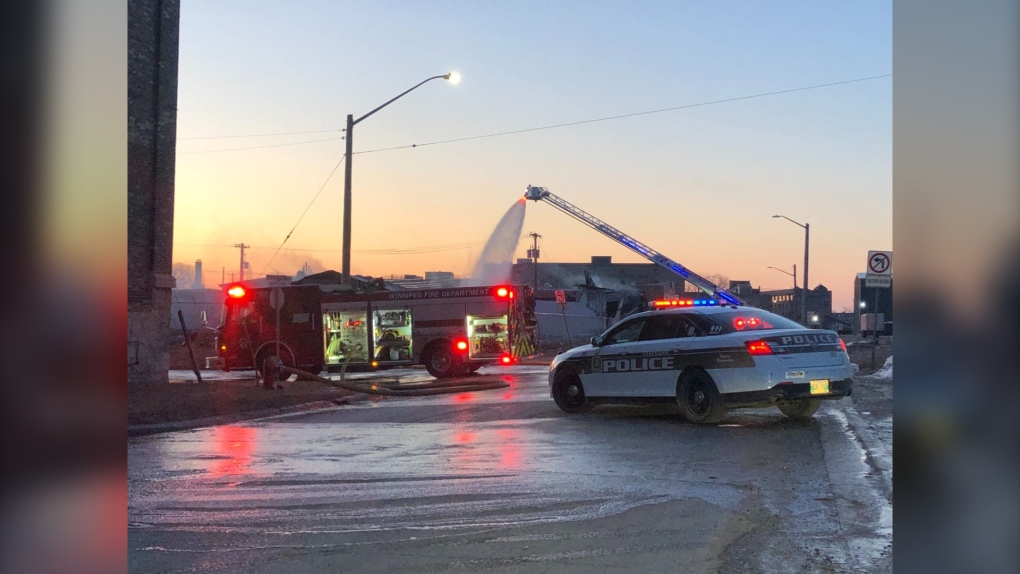 WINNIPEG -- Winnipeg fire crews responded to an early morning warehouse fire in the 0-100 block of Charles Street, near Sutherland Avenue, on Friday.

Firefighters were called just before 2 a.m., with multiple units attending the scene, after Winnipeg police’s helicopter spotted the fire.

When firefighters got to the scene, they found a well-involved fire, with heavy smoke and flames. Crews were not able to go inside the building because of deteriorating conditions, so they attacked the fire from outside using aerial ladders.

The city noted the police’s helicopter and fire crews’ drone were used to provide awareness to the incident commander.

A spokesperson for the city said crews are expected to remain on scene well into the morning and people are asked to avoid the area while firefighters continue to work.

No one was hurt in the fire.

A Winnipeg police officer warned that the area is icy from the water being sprayed.

Sutherland Avenue between Schultz and Robinson Streets were closed

- With files from CTV's Tim Salzen and Alex Brown.

This is what the scene looks like from Robinson and Sutherland. One @wpgpolice officer warned be of how icy the area is from the amount of water being sprayed. @CTVMorningWPG pic.twitter.com/g9zm7KLLs5